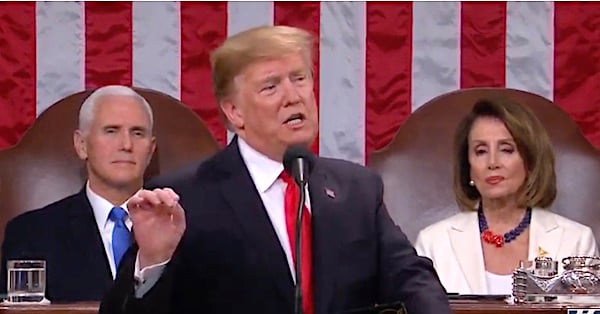 A lawsuit has been filed against the state of California – by plaintiffs including a Republican, a Democrat, and an independent – for trying to change the requirements to be president – which the Constitution already has listed.

The issue is a new law that purports to require five years of tax returns for any candidate for president.

"California politicians, in their zeal to attack President Trump, passed a law that also unconstitutionally victimizes California voters," said Judicial Watch President Tom Fitton. "It is an obvious legal issue that a state can't amend the U.S. Constitution by adding qualifications in order to run for president. The courts can't stop this abusive law fast enough."

Judicial Watch said its case is on behalf of four California voters and seeks an order that the California secretary of state cannot implement the law.

It states that any candidate for president who wants to be on the California primary ballot must publicly disclose their personal tax returns from the past five years.

Under the law, known as the Presidential Tax Transparency and Accountability Act, candidates who do not publicly disclose their tax returns are barred from having their names printed on California’s primary ballots, Judicial Watch explained.

The government watching group alleges that SB 27 imposes candidate qualifications beyond those allowed by the U.S. Constitution and impermissibly burdens a voters' expressive constitutional and statutory rights.

The lawsuit claims violations of the U.S. Constitution’s Qualifications Clause, the First and Fourteenth Amendments, as well as various federal statutes.

It was the second time Democrats who are in the majority in the California assembly acted against Trump.

"During the 2017-2018 legislative session, then-Gov. Jerry Brown vetoed a previous version of this law, which California’s Legislative Counsel concluded 'would be unconstitutional if enacted.'"

Brown, a Democrat, had issued a warning: "First, it may not be constitutional. Second, it sets a 'slippery slope' precedent. Today we require tax returns, but what would be next? Five years of health records? A certified birth certificate? High school report cards? And will these requirements vary depending on which political party is in power? A qualified candidate’s ability to appear on the ballot is fundamental to our democratic system. For that reason, I hesitate to start down a road that well might lead to an ever escalating set of differing state requirements for presidential candidates."

The watchdog pointed out if California can impose this requirement, any other state then could add its own qualifications and requirements too.

It was the American Center for Law and Justice that added to the comments.

It explained the bill was unlawful because it changes the qualifications for the presidency "in violation of the Constitution," it violates federal tax law and also the California State Constitution.

"The qualifications and requirements to be president of the United States are set forth in the Constitution in Article II, Section 1, clause 5: a natural born citizen who has obtained the age of thirty-five years and has resided within the United States for at least 14 years," the ACLJ reported.

"Supporters of SB 27 defend their bill's constitutionality by pretending that they are not adding a new substantive qualification but rather a mere 'procedural requirement.' Thankfully, the Supreme Court addressed this gamesmanship directly in Thornton noting that the law in question was 'an indirect attempt to accomplish what the Constitution prohibits' and was just an 'effort to dress eligibility to stand for Congress in ballot access clothing,'" the ACLJ report said.

"The California legislature may be worried that President Trump might win their state, but breaking the law to try and keep him off the ballot will not help their cause," the ACLJ reported.