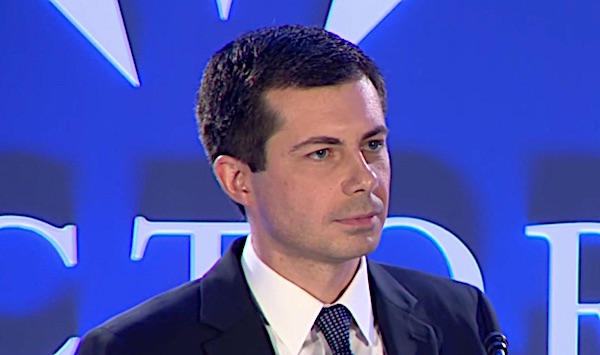 Government watchdog Judicial Watch is suing the administration of Mayor Pete Buttigieg in South Bend, Indiana, for documentation of its hiring of a private organization to create ID cards for illegal aliens.

"Mayor Buttigieg's city administration in South Bend is in cover-up mode on his work for special ID cards to make it easier for illegal aliens to stay in the United States contrary to law," said Judicial Watch President Tom Fitton. "Judicial Watch made simple open records requests and have faced nothing but games from the Buttigieg administration – which is why we had to sue."

The organization announced Tuesday it filed the case against South Bend for records of communications between Buttigieg, a Democratic hopeful for the 2020 presidential nomination, and La Casa de Amistad, a non-for-profit corporation.

Judicial Watch went to court after city officials failed repeatedly to respond as required by law to open records requests regarding emails between Buttigieg, members of his staff and La Casa de Amistad regarding the Community Resident Card program.

Buttigieg worked closely with the private group, signing an executive order requiring local services and institutions such law enforcement, schools, the water utility and libraries to accept the card as a valid form of identification.

South Bend has refused Judicial Watch's public records requests, insisting they were "too broad" and not "reasonably particular."

Having the cards created by a private group meant meant the city isn't "bound by requests for public records the way the city might be if it were running the program," NBC reported earlier.