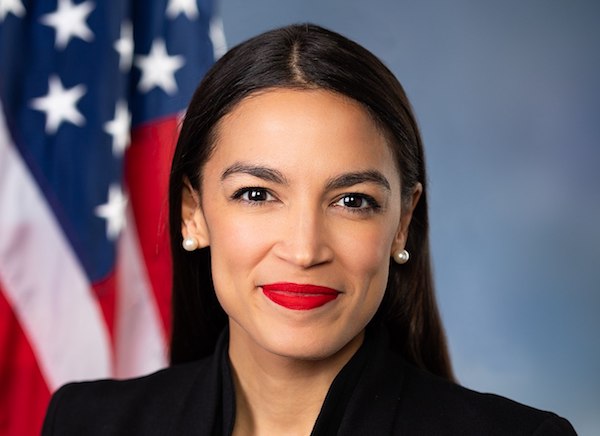 One of the extremist organizations that pushed the candidacy of socialist U.S. Rep. Alexandria Ocasio-Cortez, D-N.Y., the newcomer to Congress who called out House Speaker Nancy Pelosi, claimed the world only has a few years left, and wants higher pay, is now targeting two other Democrat incumbents for defeat.

Alexandra Rojas, an official with Justice Democrats, explained, "We are honored to endorse these three candidates as part of a new generation of Democrats who will fight for Medicare for All, a Green New Deal, free college, and ending mass incarceration and deportation."

Neal has been in Congress for three decades and heads the influential House Ways and Means Committee but he's in the bull's-eye for not going – fast enough – after President Trump's personal tax returns.

Democrats have been pursuing those for months now, as a new topic on which to attack the president since their Russian collusion allegations and investigation failed.

Beatty has been in office for six years and is vice chair of the Congressional Black Caucus.

The report continued, "Justice Democrats also announced in June they are supporting Jamaal Bowman, an educator challenging long-serving Democratic New York Rep. Eliot Engel. The congressman, who is Jewish, criticized Democratic Minnesota Rep. Ilhan Omar after she slammed 'the political influence in this country that says it is okay to push for allegiance to a foreign country,' apparently referring to Israel, in March."

Omar, whose anti-Semitism has been on parade since she was elected to office – and now is embroiled in a controversy over whether she broke federal law by filing tax returns with one man while being married to another – is one incumbent Justice Democrats have endorsed.

However, it is Ocasio-Cortez whose successful candidacy put Justice Democrats in the spotlight.

Since her election she's justified getting more pay – because paying members of Congress more is one way to fight corruption.

The former bartender actually has been a nonstop source of outlandish statements.

Investigative reporter Sara Carter has posted online a video of Ocasio-Cortez getting corrected on policy, practice and the law by an FBI agent.

Twitchy wrote, "We could watch AOC getting schooled by an FBI official on domestic terrorism ALL day."

Ocasio-Cortez recently insisted on subpoenas for certain members of the Trump administration with security clearances because she feared they will be "putting nuclear codes in Instagram DMs."

She also, during a congressional hearing, demanded that Wells Fargo CEO Timothy Sloan explain why his company was involved in caging children.

He patiently explained the company wasn't engaged in any such activity.

She's also openly wondered whether it's OK "to still have children" in light of the world "ending in 12 years."

The congresswoman also was instrumental in convincing Amazon to cancel its plan for a second headquarters, in New York City, that would have created 25,000 jobs.

A recent poll showed only 22 percent of voters had a favorable view of Ocasio-Cortez.