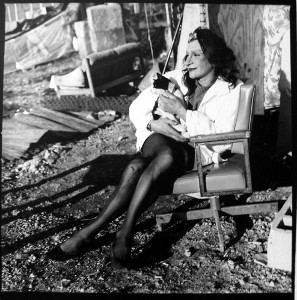 Replacing a noted humanitarian and America's first canonized saint with a politically connected drag queen "makes a mockery" of a program to honor the women who built New York City, contends Jennifer Roback Morse, founder and president of the Ruth Institute.

The project, She Built NYC, spearheaded by Chirlane McCray, the wife of Mayor Bill de Blasio, asked the public to name influential women they would like to see honored with a monument.

St. Frances Xavier Cabrini, known as Mother Cabrini, the patroness of immigrants who once lived in Brooklyn, received 219 votes, the most of the 320 women named. But McCray didn't choose Carbini in the first phase of the initiative.

One of her choices was the late transgender advocate Sylvia Rivera, who identified as a drag queen and was a founding member of the Gay Liberation Front. In an interview, Rivera described himself herself alternately as a gay man, a gay girl and a drag queen/street queen.

"Calling yourself 'transgendered' doesn't make you a woman if you have the DNA of a man," Morse said. "Adopting a woman's name and dressing like a woman won’t work either. Gender is a matter of biology, not belief."

Morse said "sexual revolutionaries have found a new way to advance their agenda – publicly-funded monuments honoring individuals who represent gender confusion and whose chief achievement is political activism promoting their cause."

The new monuments will be built with about $5 million in taxpayer funds.

Democratic City Councilman Justin Brannan wrote McCray saying he was "dismayed by a seemingly undemocratic process for arriving at these choices."

"I feel the will of the people was denied. Mother Frances Xavier Cabrini, who received more nominations from New Yorkers than any other woman during the process, has been completely ignored, he wrote.

The plan was formed to address a perceived gender imbalance among the city's monuments.

In the 1880s, Cabrini founded an upstate orphanage and a school for girls in the Washington Heights section of New York. During her lifetime, she started 67 institutions dedicated to helping the poor.