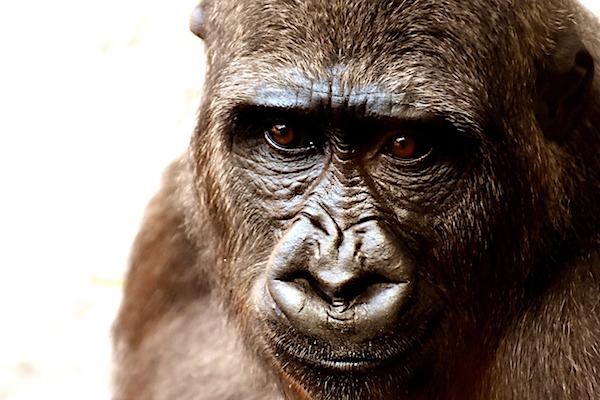 Talk about monkey business on the air! A news anchor for an ABC-TV affiliate recently said that her co-anchor, who is black, kind of looks like a gorilla.

And then she profusely apologized.

The Root reported anchor Alex Housden of KOCO-TV in Oklahoma City is keeping her job after uttering the following: "This is Fin. He's a resident at the Oklahoma City Zoo and this week the zoo's ape caretaker took over their Instagram and we are all loving that they did … Now as you can see, Fin was fascinated by the camera."

When co-anchor Jason Hackett, who is black, said, "Definitely ready for his close up," Housden "joked," "He kinda looks like you."

The Right Scoop said: "OK I about fell out of my chair when I heard that. Wow. Of all the things to say on-air."

The report continued, "You gotta be better at thinking on your feet in this day and age because people will go bananas over stuff like this."