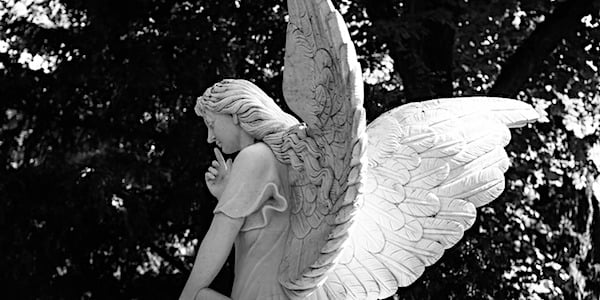 Christians are the most persecuted religious group worldwide. Who can forget the stunning reports from the Middle East in recent years of jihadists crucifying, burning and beheading Christians?

Now, Christians even are being attacked after they die.

Raymond Ibrahim, a senior fellow at the Gatestone Institute and the David Horowitz Freedom Center, writes of the destruction of Christian graves.

"Although the persecution by members of some religions of live human beings, such as Jews and Christians, is certainly more monstrous, attacks on inanimate religious symbols possibly give an even clearer indication of a deadly hate borne for the 'other,'" he says.

Such an act is largely symbolic as no one is physically injured. But it also is "reflective of a committed hatred that transcends, say, responding to a physical threat," writes Ibrahim.

"While the persecution of a Christian can be motivated by particular circumstances – conflicts, sexual attraction, convenience, gain, and so on – attacks on inanimate symbols would seem to reflect a hatred for Christianity and its followers that needs no 'reason' and seemingly gains nothing."

It's being done in Arab, African and Asian nations, he says, by terrorist organizations such as ISIS and al-Qaida as well as by "religious mobs" and "theocratic governments."

He cited a video from March 2012 in which a mob attacked a cemetery near Benghazi, Libya, where World War II British officers are buried.

"As the vandals kick down and destroy headstones with crosses on them, the man videotaping them urges them to 'Break the cross of the dogs!' while he and others cry 'Allahu Akbar!'" he reported.

"People described by witnesses as extremists destroyed crosses and tombstones and dug up graves in the old Christian section of Tripoli."

Similarly, in Iraq, in April 2015, "a group of men affiliated with ISIS desecrated Mosul's oldest Christian cemetery, dedicated to St. Thomas the Apostle."

"ISIS published pictures of its followers using sledgehammers to destroy gravestones and efface the crosses carved on them as documentary evidence of their campaign to 'eradicate mushrik [pagan] symbols.'"

One image, in 2016, showed desecrators "also opened coffins and despoiled the dead; one picture shows the snapped off skull of a corpse, who had presumably formerly been resting-in-peace, with crosses hurled around it on the ground."

Other images have come from Syria and Indonesia, where there were a rash of desecrations of Christian graves.

Similar reports have come from Algeria, where graves were "ransacked," from Malaysia, where there was desecration in the middle of the night, and Senegal, where crucifixes were taken away from graves.

In Iran, a 200-year old Christian cemetery in Kerman province was completely demolished. And in Pakistan, there were complaints that Christian graveyards were deteriorating without maintenance.

In France, 215 gravestones and crosses were damaged in the cemetery of Saint-Roch de Castres. In Germany, "newcomers" are demanding that Christian symbols and crosses in cemeteries be covered up when their funerals are taking place.

The report said Italy is already covering up crosses on graves.

Ibrahim commented, "Sadly, despite the Western establishment's insistence that religiously-inspired terror is a product of anything and everything but teachings, doctrines and text, the widespread appearance of people desecrating Christian graves and their crosses speaks of something else."