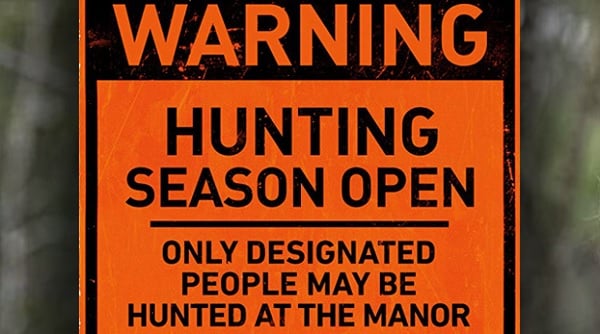 Talk radio host Rush Limbaugh on Wednesday blasted the idea behind a new movie that's to be released in weeks: the deliberate hunting and killing of Trump supporters by elites.

The stunningly dark project, described neutrally by Fox as "controversial," is "The Hunt" and features "wealthy thrill-seekers taking a private jet to a five-star resort where they embark on a 'deeply rewarding' expedition that involves hunting down and killing designated humans."

While the Hollywood Reporter said the Universal Pictures project is "certain-to-be-controversial satire," it's now getting a new level of scrutiny because of its theme of having "privileged vacationers hunting 'deplorables' for sport" and the recent mass shootings in El Paso, Texas, and Dayton, Ohio.

And, in fact, it was Democrat presidential hopeful Hillary Clinton who in the last election denounced those supporting now-President Trump as "deplorables."

She implied they were too objectionable to even be considered.

According to Hollywood trade publication reports, one of the movie characters states, in words similar to what Democrat candidates for the 2020 election have used against the president, "Did anyone see what our ratf------in-chief just did?"

"At least The Hunt's coming up. Nothing better than going out to the Manor and slaughtering a dozen deplorables," the dialogue continues, those reports reveal.

Universal, which already had started advertising the movie, said in a statement it has paused that activity and is "reviewing" the situation.

Limbaugh said on Wednesday, "This isn't satire, folks. This is fantasy. This is a dream! This is something they would wish to do, the people behind this. This is something that if it did happen. ... You know, we're getting a heads-up here. If something like this does happen someday, don't expect condemnation for it. Expect the media and the left to say, 'Well, what do you expect when people elect a guy like Trump, an open racist and white supremacist? What do you expect!'"

Limbaugh said the elites – leftists in Washington and Hollywood – are "not gonna ever condemn this – and in the process, they are marginalizing themselves even further, and here come our old buddies in the media unable to condemn it."

He continued, "Rather, looking for artistic expression, the creative talent, the cinematography (and all of that) that makes up this vast work of art. But we're dealing with a sick bunch of people, and it is my contention that all of this is creating a backlash and an increasing level of Trump support as evidenced by this fearful New York Times column today reporting, 'Millions of Americans who did not like the president in 2016 now say they do.'"

"Basically, this is a movie where white liberal elites go hunting with guns for Trump supporters for the people Hillary Clinton called 'deplorables,'" he charged.

He cited the Hollywood Reporter which explained, "The movie’s script features blue-state characters choosing to hunt red-state characters who expressed pro-life positions or were deemed racist."

"You heard me correctly," Limbaugh stated. "Universal Pictures is about to release a movie in which liberal elites hunt and gun down rural 'deplorables' for sport. There were ads running on ESPN; ESPN pulled the ads."

Leftists, who have been accusing the president of being responsible for the recent mass shootings, aren't opposing the movie at all, he said.

The violence-infused, R-rated project is from producer Jason Blum

DePauw University professor and media critic Jeffrey McCall told Fox News, "It says something sad about the state of the 'entertainment' industry that this movie ever got conceived and produced. Hollywood clearly thinks it is OK to stereotype so-called deplorables and set them up for a hunt."

Fox reported, "Political satirist Tim Young makes a living by poking fun at topical issues but thinks 'The Hunt' goes over the line."

"Why would anyone think it's a great idea to have a movie about hunting down someone who doesn't agree with them politically? It's remarkable to me that the left blames Donald Trump's rhetoric for violence, then literally spends millions to normalize the killing of people based on politics," he told Fox.