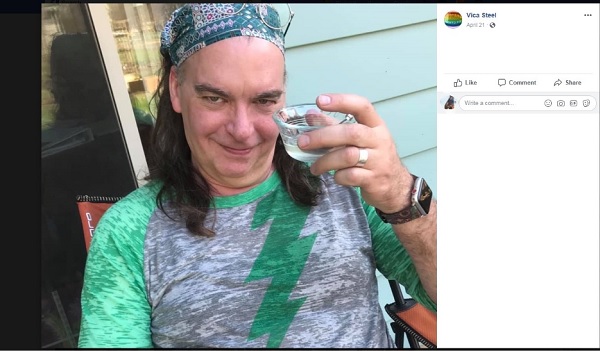 School officials in Madison, Wisconsin, "giddy" that one of their male elementary teachers is dressing as a woman, deliberately used children "like lab rats," contends a legal group representing parents.

Busenbark produced a video at home with his wife and showed it to every student at Allis Elementary School.

Now Liberty Counsel has obtained copies of internal communications among school managers attempting to turn the public school "into a laboratory for radical social engineering."

"Instead of treating [students] with respect and dignity, the youngsters were treated like lab rats in a social experiment intended to brainwash them with LGBT propaganda. And all without the knowledge or approval of parent," Liberty Counsel said.

The internal communications reveal "an enthusiastic, pre-planned assault on children’s innocence and an end-run past concerned parents," the legal team said.

The internal documents "reveal school authorities almost giddy when the teacher disclosed his 'transgender' status to them in March. After that, they carefully plotted his schoolwide 'coming out' to staff and students at Allis Elementary School."

All of the students were required to see Busenbark's "coming out" video. In it, he dressed as a woman and told students to call him "Vica Steel."

"And if you respectfully disagree with 'transgenderism,' as millions of Americans do, then you're probably motivated by 'fear' and 'hate,' Busenbark told students," according to Liberty Counsel.

"Vic, this is amazing!" Richichi emailed Busenbark on March 5.

"The two led creation of a detailed plan, crafted with help from Madison Metropolitan School District authorities, to introduce 'Vica Steel' to teachers and then the school children. Parents only learned after the fact," Liberty Counsel said. "The message to teachers and students was that they were to be allies — dissent was not welcome. The school prepped staff with trite and evasive platitudes to answer what it called 'hateful language.'"

And, Liberty Counsel  said, "internal records showed administrators think of parents as obstacles to their efforts at indoctrination."

Liberty Counsel's letter to the district charged the teacher's activism "appears to violate several district policies, as well as the constitutional prohibition against schools enforcing any kind of 'orthodoxy.'"

Liberty Counsel said Busenbark "has no legal authority to force students to call him 'Mx.,' nor to manipulate them with the idea that they must obey him or be seen as 'disrespectful' or 'hateful' or 'not loving.'"

Among the possible issues are the district's wellness policy, which states instruction should be "age-appropriate, medically accurate, and non-stigmatizing," and its policies regarding controversial issues, the use of district resources and "political activities."

"These impressionable students do not exist to validate Busenbark's sexual identity. Parents send their children to school trusting that they will be taught academic curriculum, not become participants in a teacher's play acting," said Liberty Counsel's chairman, Mat Staver.