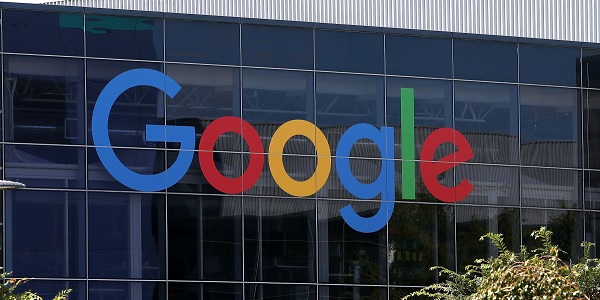 Google employees were concerned about the tech giant's threat to free speech and its moderation of content three years before the issue entered political discourse, according to an internal email discussion obtained by CNBC.

Among them were former engineer Kevin Cernekee, who spoke out recently about the tech giant’s treatment of employees with conservative political views, disclosing he was put on a company “blacklist” before being terminated.

CNBC noted YouTube recently faced a backlash for suspending the monetization of popular conservative user Steven Crowder. The company later updated its policies by banning content that displays "supremacist" content, "alleging that a group is superior in order to justify discrimination, segregation or exclusion based on qualities like age, gender, race, caste, religion, sexual orientation or veteran status."

One employee wrote: “From the classical liberal viewpoint, we should allow and encourage a wide range of ideas, provided they stay without some objectively defined bounds such as not making violent threats, no using obscenities or personal insults etc."

The employee, CNBC said, contrasted that approach with a “progressive viewpoint” contending criticizing minorities with a history of suffering is inherently violent should not be protected speech.

“If the progressive viewpoint does inform how we moderate things, are we being clear on that when when we communicate our policies?” the employee wrote.

One said it makes sense to define “hostile environment criteria” and ban speech that fits that description.

“I would be uncomfortable, I think, with a set of criteria under which (for instance) a group of people seriously setting out to get someone to commit suicide, by saturating their social media and other online channels with certain kinds of communications, are just exercising protected free speech that we freely allow on our platforms," the employee wrote.

'It all sounded good until … '

The former Google engineer Cernekee told the Wall Street Journal that in 2017 a manager publicly asked on a message board about employees holding views like his: “Can’t we just fire the poisonous a——s already?” Cernekee was fired the next year.

President Trump cited Cernekee in a Twitter thread. The president claimed that Google CEO Sundar Pichai came to the White House to tell the president “what a great job” he was doing and to assure him Google wasn't against conservatives.

But Trump then wrote: “It all sounded good until I watched Kevin Cernekee, a Google engineer, say terrible things about what they did in 2016.”

As WND reported, the previous week, Google software engineer Greg Coppola was placed on administrative leave hours after he accused the company of political bias in an interview with Project Veritas.

In 2017, Google fired engineer James Damore for circulating an internal memo titled “Google’s Ideological Echo Chamber.” And engineer Mike Wacker was fired earlier this year after speaking out about the company’s “outrage mobs.”