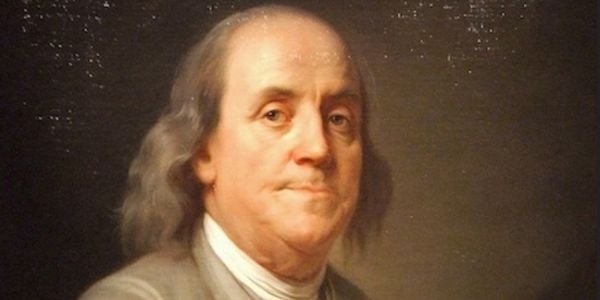 Benjamin Franklin was known to be a great satirist, creating the pseudonym Silence Dogood to needle newspaper readers about issues he thought important.

But if he were doing that today, he might be deplatformed by social media companies who apparently take such satire literally, labeling it "fake news."

That's what is happening to a satirical evangelical Christian news site called the Babylon Bee.

The Bee has published stories under such clearly satirical headlines as "California Governor Jerry Brown signed a bill into law requiring all Christians 'to register Bibles of all sizes, shapes, and translation version as 'assault weapons.'"

Another was "CNN invested in an industrial-sized washing machine to help their journalists and news anchors spin the news before publication."

It concluded that both were "false."

But now, according to the Bee, Snopes has gone further.

Instead of "merely rating the article 'false,' they questioned whether our work qualifies as satire, and even went so far as to suggest that we were deliberately deceiving our readers," the Bee said in a statement from its editor, Adam Ford.

"Basically, they treated us as a source of intentionally misleading fake news, rather than as the legitimate, well-known satire publication that we are, he said.

Ford continued: "As you know, fake news – which is distinguished from satire by its intent to mislead – was widely considered a serious issue in the last election cycle. As a result, social-media networks like Facebook began partnering with fact-checkers to try and limit the distribution of fake news on their platforms. Snopes was one of them. At one point, a piece of ours was rated 'false' by Snopes, prompting Facebook to threaten us with limitations and demonetization. We made a stink about this, and after some media attention shed light on the problem, Facebook apologized for their handling of the matter and admitted that satire is not the same as fake news."

Ford explained that while his group won that fight, Snopes has initiated a new smear that is "both dishonest and disconcerting."

He cited a satirical piece in the Bee based loosely on a claim by a Georgia lawmaker that a man at a store told her to "go back" to where she came from. Later it appeared that the claim was false.

The Bee unleashed its satire with the headline "Georgia Lawmaker Claims Chick-Fil-A Employee Told Her To Go Back To Her Country, Later Clarifies He Actually Said 'My Pleasure.'"

Snopes wrote, "We're not sure if fanning the flames of controversy and muddying the details of a news story classify an article as 'satire.'"

Ford said: "We have no choice but to take it very seriously. For better or worse, the media, the public, and social networks all look to Snopes for authoritative answers. By lumping us in with fake news and questioning whether we really qualify as satire, Snopes appears to be actively engaged in an effort to discredit and deplatform us."

He said a law firm has been retained to represent the site.

In a commentary in the Washington Examiner, Madeline Fry remarked that if Jonathan Swift "wrote 'A Modest Proposal' today, Snopes would fact-check it."

"Never mind that the satirist's famous 1729 essay is ludicrous enough to make its tongue-in-cheek intentions known. Snopes, the 'the internet's definitive fact-checking resource,' would find a way to turn it into a fake news controversy," she wrote. "Its headline would read something like this: 'Would it really help poor people to feed their children to the rich?' And Snopes would warn, 'We found dozens of instances of social media users who were taken in by this ruse.'

"I hate to break it to the overzealous, partisan fact-checkers of the world, but satire is satire, even if you don’t think it’s funny," she wrote.

"If you visit the Babylon Bee’s website, there’s a banner for its newsletter at the very top reading, 'Fake news you can trust, delivered straight to your inbox.' If you manage to scroll to the 'About Us' section, which would seem like a good investigative move before reporting content to Snopes, you can read, 'The Babylon Bee is the world’s best satire site, totally inerrant in all its truth claims. We write satire about Christian stuff, political stuff, and everyday life.'"

If that's too difficult to understand, she said, the reader likely has "other problems to worry about."

RedState.com also had commented on the dispute.

There are companies, the site said, that are "using their monopoly position to constrain political speech with which they disagree. And they are doing so while working under a legal get-out-of-jail free card given to them by a Congress that was, like with the no-tax-on-internet-purchases law, trying to help out a nascent industry."

"The monopoly status of Facebook made it particularly vulnerable to legislative action when its preferred candidate, Hillary Clinton, did not get elected by acclamation and Facebook found itself at the center of the laughable allegations that the election was swayed not only by the Russians but by fake news stories not produced by CNN or the New York Times or Washington Post circulating on that medium. To remove this vulnerability, Facebook engaged the services of contract 'fact checkers.' These contractors were given the writ to declare content to be 'fake' or 'false' and then Facebook applied the financial screws by restricting availability of that publisher's content until the offending item was changed or removed."

The site continued: "Obviously, this is has the potential for all sorts of abuses. ... But the worst player in that arena, a player that would even make Media Matters look rational, is Snopes.com. Snopes started out exposing intranet hoaxes and urban legends. Then it branched out into protecting Democrats from criticism by labeling any criticism of them false. Lately it has been making more of an ass of itself than usual by fact checking the Christian and right-leaning satire site, Babylon Bee."