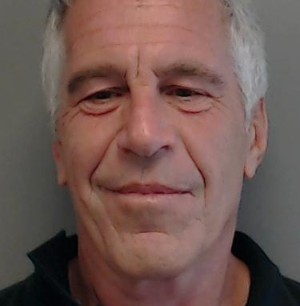 Correctional officers were required to visit Jeffrey Epstein every 30 minutes in his prison cell, but he was unattended for hours leading up to his apparent suicide Saturday morning, according to a source who spoke to Fox News.

The wealthy financier, who was indicted on sex-trafficking charges, also was supposed to have a cellmate, but the person assigned to his cell was transferred on Friday for reasons that were not immediately clear, the New York Post reported.

The 66-year-old was found unconscious, hanging in his cell in a high-security section of the Metropolitan Correctional Center in New York City and later pronounced dead. Just two weeks earlier, he had been placed on a suicide watch.

He also assured that Epstein's victims will seek justice and the case will continue against anyone who conspired with him.

"This sex trafficking case was very important to the Department of Justice, and to me, personally," Barr said. "It was important to the dedicated prosecutors at the Southern District of New York and to our FBI agents who investigated the case, and were preparing it for trial."

Barr said the case, "most importantly," is important "to the victims who had the courage to come forward, and deserve the opportunity to confront the accused in the courtroom."

"Let me assure you this case will continue on against anyone who was complicit with Epstein. Any co-conspirators should not rest easy. The victims deserve justice, and they will get it," he said.

On Sunday, New York City's chief medical examiner, Barbara Sampson, said an autopsy was performed but more information was needed before a cause of death was determined.

Epstein was housed in the Manhattan prison's Special Housing Unit, which separates high-profile inmates from the general population. Fox News reported that prior to Epstein's death, correctional officers had worked extreme overtime shifts for many days to compensate for staffing shortages.

Prosecutors charged Epstein with sexually abusing dozens of young girls in his New York and Florida residences between 2002 and 2005,

President Trump retweeted messages suggesting former President Bill Clinton may somehow be involved, and Trump's own son blasted Twitter for suppressing the trend of the "ClintonBodyCount," while prominently displaying "TrumpsBodyCount" as the top trending topic for discussion.

A former inmate of the special unit of the prison where Epstein died told the New York Post "[t]here's no way that man could have killed himself."

"I've done too much time in those units. It’s an impossibility," he said.

"Between the floor and the ceiling is like eight or nine feet. There's no way for you to connect to anything."

The Mirror daily of London reported Epstein kept "meticulously detailed" diaries that could come back to haunt his powerful friends, who once included the likes of Bill Clinton and Prince Andrew.

Clinton has insisted he “knows nothing” of Epstein's alleged crimes and traveled on the financier's infamous "Lolita Express" private jet only four times. But pilot logs obtained by Fox News in 2016 show Clinton was on at least 26 trips.

Further, an investigative reporter who has followed Epstein's story for a decade ago, Conchita Sarnoff, pointed out the logs indicate that underage girls were on nearly every trip.

Epstein allegedly offered sex with underage girls aboard the jet, Fox News reported in 2016. An air hostess testified the plane had a bed where passengers had group sex.

Trump’s praise of Epstein in an interview with New York magazine in 2002 drew attention after Epstein's arrest.

“I’ve known Jeff for fifteen years. Terrific guy,” Trump said. “He’s a lot of fun to be with. It is even said that he likes beautiful women as much as I do, and many of them are on the younger side. No doubt about it – Jeffrey enjoys his social life.”

Epstein was a member of Trump’s South Florida club, Mar-a- Lago, and there is video of the two partying together. But the club expelled Epstein after he approached an underage girl there. And Trump has said his relationship with Epstein ruptured 15 years ago.