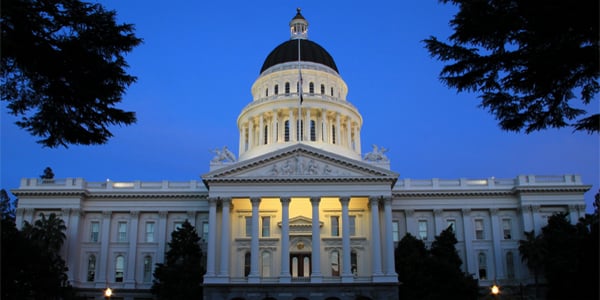 A California agency is refusing to approve a family's permit to build a swimming pool on its property unless it allows public beach access, even though the shoreline is nearly one mile away and the pool wouldn't impact access.

The Pacific Legal Foundation says the California Coastal Commission is trying to make an example of the Wall family of Hollister, California.

Last year, Santa Barbara County approved the Walls' application for a permit to build a swimming pool and spa on their property for their large family and grandchildren to enjoy, said PLF attorney J. David Breemer.

But the CCC overruled the permit, insisting that the Walls grant public access to Hollister Ranch beaches. All beaches in California are public property.

Hollister Ranch is a 14,500-acre, gated, residential subdivision on a working cattle ranch. The Walls have one of 135 parcels of 100 acres or larger.

The problem, Breemer explained, is that the family's parcel is about three-quarters of a mile from the beach, and they have no ability to donate any land along the coast.

"But the CCC appears to be making an example of the Walls," Breemer said.

Many Pacific Legal Foundation clients have discovered, he said, that the California Coastal Commission "has a long history of giving landowners no other option for securing their property rights."

"In an act of pettiness, the CCC is punishing the Walls to send a message to the rest of the Ranch owners: Submit to public beach access or get no permits at all," Breemer said.

PLF cites a 1987 U.S. Supreme Court case, Nollan v. CCC, in which PLF lawyers obtained a ruling that the commission "cannot demand public access in exchange for government permits if the proposed construction has no harmful impact on public beach access."

"Certainly, this applies to the Walls' pool; located far inland and on a wholly private parcel, it hardly effects public beach rights. Yet, the CCC doesn’t seem to care," Breemer said.

PLF has filed a petition in Superior Court in Santa Barbara County asking for an administrative review of the case.

It seeks a court ruling that the commission's denial of the pool permit "for lack of a public access condition" violates the law and is invalid.

The complaint explains the county approved the pool permit, but the commission "subsequently took jurisdiction and denied the permit."

The CCC made the decision on the premise that the pool would interfere with public beach access.

"The Walls' property is not along the shoreline," Breemer argued. "The title to the Wall parcel does not include any interest in land adjacent to the coast at the Ranch and the Walls have no legal right or ability to allow public access at the Ranch or to grant easements along the coast."