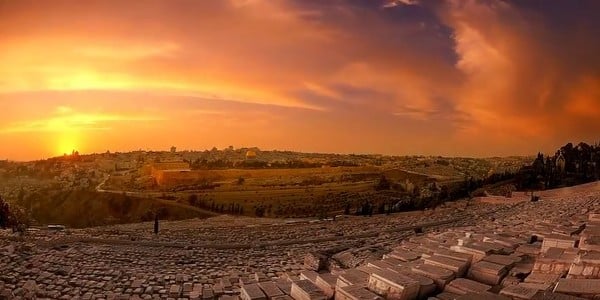 Palestinian Authority President Mahmoud Abbas is claiming that his people are historically at home in Israel.

However, that claim proves to be problematic, according to an analysis from Breaking Israel News.

The publication quoted Mordechai Kedar, a senior lecturer in the Department of Arabic at Bar-Ilan University, who said all Arab peoples first arrived in the land of Judea with the Muslim invasion from the Arab Peninsula in A.D. 637.

"This includes the Palestinians who are proudly Arab," he said.

He accused Palestinians of creating "an entirely new version of history."

"Imagine a Bedouin tribe whose water has dried up," he said, "They move at night to a place where there are trees and water. They settle in and pitch their tents. In the morning, when the residents show up and ask what they are doing there, the Bedouins answer that they have lived there for thousands of years and they are indigenous."

BIN reported Rabbi Yosef Dayan, a member of the Sanhedrin and a descendant of King David, reacted to Abbas' claim with humor.

BIN reported: "The rabbi related that the last time Prime Minister Netanyahu met with Abbas, he told him that he was willing to make concessions but first, he wanted to settle an old and outstanding debt between the Palestinians and the Jews. 'When Moses came down from Sinai, a Palestinian stole the stone tablets. We want them back. They are precious artifacts worth millions of dollars.' 'No,' Abbas retorted. 'We don't have them and we don't keep those laws. We weren't there.' 'Exactly,' Netanyahu countered. 'Now let's talk about whose land it really is.'"

BIN said: "Not only is the Palestinian claim to be descended from Canaan inconsistent with the history and archaeological evidence but it is also problematic from the Jewish side. If we accept Abbas' claims, the Torah requires the Jews to annihilate the Canaanites that live inside Israel."

Dayan said, however, the Palestinians are safe, since they are not Canaanites.

"Abbas claim would be no less problematic to Christians in light of the Palestinian claim that Jesus was a Palestinian," BIN reported.

"This would necessarily mean that Jesus was a Canaanite which contradicts explicit references to Jesus' Judean origins in the New Testament," the report explained.

Further, "Abbas' claim also contradicts scientific findings. A 2017 study sequenced the Canaanite genome from the remains of five individuals buried around 3,700 years ago in the ancient port city of Sidon, Lebanon. The results were compared against the DNA of 99 modern-day Lebanese residents. The study determined that more than 90 percent of the genetic ancestry of modern Lebanese is derived from ancient Canaanites."

The report explained: "In historical reality, the Philistines were a biblical people of Greek origin who settled on ancient Israel's coastal plain around the 12th century BCE. Approximately 600 years later, both the Philistine and Israelite nations were exiled by King Nebuchadnezzar of Babylon, the Philistines in 604 BCE and the Kingdom of Judah in 586 BCE. The Philistine nation and identity were subsumed into the conquering Greek culture and the Philistines disappeared as a people soon after."