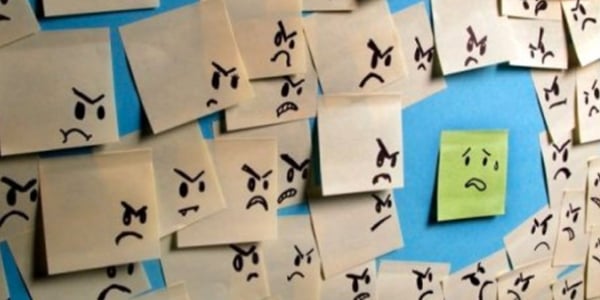 Six thousand years of humans writing down history reveal the most common form of government has been a monarchy. The most powerful monarchy the world had ever seen was the British monarchy.

The British Empire at it zenith controlled 13 million square miles – almost a quarter of the Earth's land, and nearly half billion people – one-fifth of the world's population.

In the British Empire, the most important "vote" was that of the king. King James explained March 21, 1609: "Kings are justly called gods ... they have power of raising and casting down: of life and of death ... over all their subjects ... accountable to none but God only ... and make of their subjects like men at the chess."

Americans did not like being ruled by the will of one man, so they separated from Britain in the Revolutionary War. The founders set up a system where citizens control state governments and the federal government, which, itself, was limited by a separation of powers and the Bill of Rights. Soon other countries followed suite, rejecting their kings and replacing them with representatives elected by the people. A representative form of government is called a republic.

During the Civil War, Republican President Abraham Lincoln issued the Emancipation Proclamation, which was followed by the Republican-controlled Congress pushing through the:

The momentum of the anti-slavery movement was channeled into the temperance movement to prohibit alcohol (18th Amendment); and the women's suffrage movement, to allow women to vote (19th Amendment).

There are two ways to change the Constitution.

One way is to have activist justices change the definition of words in the Constitution or Bill of Rights by expanding or altering their meaning, thus effectively creating a new law from the bench. This is an example of the will of a minority (five justices) being imposed on the majority, which is the definition of a tyranny.

The other way to change the Constitution is through the amendment process, which preserves the will of the people.

The amendment process insures that Americans maintain a "government of the people, by the people, for the people," as reiterated by Senator Robert La Follette of Wisconsin: "The will of the people is the law of the land."

After World War I, the will of the majority of the men in America was to have women vote. The 19th Amendment was ratified and declared a part of the U.S. Constitution on Aug. 26, 1920: "The right of citizens of the U.S. to vote shall not be denied or abridged by the United States or by any State on account of sex."

A leader in the women's suffrage movement was Susan B. Anthony. President Gerald Ford praised her, Feb. 13, 1976: "Susan B. Anthony ... with other dedicated women ... took the cause of women's suffrage to State capitals across our growing nation. ... The irreversible change she wrought ... led to the ratification of the Nineteenth Amendment."

Susan B. Anthony also fought to prohibit alcohol, stating in her address to the Daughters of Temperance, March 1, 1849: "Ladies! There is no neutral position for us. ... If we sustain not this noble enterprise ... then is our influence on the side of Intemperance. If we say we love the Cause and then sit down at our ease, surely does our action speak the lie. And now permit me once more to beg of you to lend your aid to this great Cause, the Cause of God and all Mankind."

Women's suffrage leader Julia Ward Howe was the first woman member of the American Academy of Arts and Letters. She wrote "The Battle Hymn of the Republic," stating in the third verse:

"I have read a fiery gospel
writ in burnished rows of steel;
'As ye deal with my contemners,
so with you my grace shall deal;
Let the Hero, born of woman,
crush the serpent with his heel,
Since God is marching on."

President Richard Nixon address the League of Women Voters on their 50th anniversary, April 17, 1969: "A year before the 19th Amendment was adopted the League of Women Voters was founded, and that organization, in the past 50 years, has played a major role in this nation on a nonpartisan basis. ... Since about 1947, a tremendously escalating role of women in politics in the United States. ... I often say that men do the talking and women do the working in campaigns. ..."

To the Daughters of the American Revolution, President Calvin Coolidge remarked April 19, 1926: "Who has not heard of Molly Pitcher, whose heroic services at the Battle of Monmouth helped the sorely tried army of George Washington! We have been told of the unselfish devotion of the women who gave their own warm garments to fashion clothing for the suffering Continental Army during that bitter winter at Valley Forge. The burdens of the war were not all borne by the men. ..."

Coolidge continued: "Since 1880 there has been a marked increase in the tendency to remain away from the polls on the part of those entitled to vote. ... Election day in the olden times was generally considered more or less sacred – one to be devoted to the discharge of the obligations of citizenship. ... If the people fail to vote, a government will be developed which is not their government. ... Such a system of government is doomed to failure."

The Greek philosopher Plato stated: "One of the penalties for refusing to participate in politics is that you end up being governed by your inferiors."

A woman's right to vote is still limited in nations practicing Islamic Sharia Law, such as Saudi Arabia, United Arab Emirates, Brunei and ISIS-controlled areas of Iraq and Syria.

Voters can be easily swayed by public opinion molders.

George Orwell wrote in "Politics vs. Literature: An Examination of Gulliver's Travels" (Polemic: September/October 1946): "In a society in which there is no law ... the only arbiter of behavior is public opinion. But public opinion, because of the tremendous urge to conformity in gregarious animals, is less tolerant than any system of law. ..."

Orwell called humans "gregarious," meaning they seek and enjoy the company of others. He continued: "When human beings are governed by 'thou shalt not,' the individual can practice a certain amount of eccentricity (freedom to deviate from the norm): when they are supposedly governed by 'love' or 'reason,' he is under continuous pressure to make him behave and think in exactly the same way as everyone else."

Saul Alinsky explained how people would rather conform than face ridicule:

George Orwell wrote in "Nineteen Eighty-Four": "Power is in inflicting pain and humiliation."

German sociologist Elisabeth Noelle-Neumann described a "spiral of silence." In a controlled experiment, it was found that individuals denied their privately held values in order to conform to perceived publicly held values, thus avoiding "a negative social judgment."

Chuck Colson commented on this adult version of peer pressure in his BreakPoint commentary, Nov. 2, 2011, "Breaking the Spiral of Silence": "Simply stated, out of a desire to avoid reprisal or isolation, people go along with what they think is the popular opinion – even if they object to that opinion personally. Instead of voicing their objections, they remain silent."

The Washington Post article "Mass surveillance silences minority opinions according to study," by Karen Turner, March 28, 2016, revealed: "A new study shows that knowledge of government surveillance causes people to self-censor their dissenting opinions online. ... The study, published in Journalism and Mass Communication Quarterly, studied the effects of subtle reminders of mass surveillance on its subjects. ... Participants reacted by suppressing opinions that they perceived to be in the minority. ... The 'spiral of silence' is a well-researched phenomenon in which people suppress unpopular opinions to fit in and avoid social isolation."

In addition to silencing opposing viewpoints, there are many ways to manipulate the "counting" of votes.

This begs the question: If someone can mentally justify killing an unborn child, is there anything they couldn't mentally justify? Lying, cheating, slander or voter fraud are minor in comparison to that.

Over time, as the restraining influence of moral virtue has decreased throughout the country, voter fraud tactics have increased, such as:

Cyber security expert John McAfee explained how hackers within government agencies who had the skills to hack through firewalls, would also have the skills to leave a "fake" trail by changing their language, markers, or location, as he said in an interview (RT, 12/30/16): "If it looks like the Russians did it, then I can guarantee you it was not the Russians. ... If I was the Chinese and I wanted to make it look like the Russians did it, I would use Russian language within the code, I would use Russian techniques of breaking into the organization."

If, by chance, voter fraud occurred and was discovered, a public promise is made to "investigate" by the very individuals who fraudulently won the election. If public pressure mounts, an excuse is made that it was unintentional, unauthorized, ineptness, and a scapegoat is blamed, thereby allowing the perpetrators to stay in office.

Since the potential for corruption lies in each human heart, the remedy is for citizens to exercise eternal vigilance. Irish politician John Philpot Curran (1750-1817) wrote: "The condition upon which God hath given liberty to man is eternal vigilance . .. which condition if he break, servitude is at once the consequence."

President Andrew Jackson, who took a bullet in a duel defending his wife's honor, stated in his farewell address, March 4, 1837: "But you must remember, my fellow-citizens, that eternal vigilance by the people is the price of liberty. ... You must pay the price if you wish to secure the blessing ... therefore ... be watchful in your states as well as in the federal government."