Although today's Big Tech companies, from Google and YouTube to Facebook and Twitter, steadfastly insist they don't discriminate against conservatives, an ever-enlarging mountain of cases demonstrates otherwise.

And as if hundreds of cases weren't proof enough, the courageous undercover researchers at Project Veritas videoed Twitter employees openly admitting that their company "shadow bans" conservatives. (Shadow banning essentially means a user can post a message to Twitter, but no one else sees it.)

In February, Project Veritas also got a Facebook insider confirming on camera that the social media giant discriminates against conservatives through software manipulation, using "special features" to "de-boost" their traffic – especially near elections. 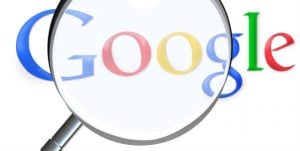 The following list is far from comprehensive, but comprises a representative sampling of conservatives and others who challenge establishment views banned, suspended, shadow-banned, suppressed, de-monetized or otherwise prevented from having their voice heard in today's all-important online public square: