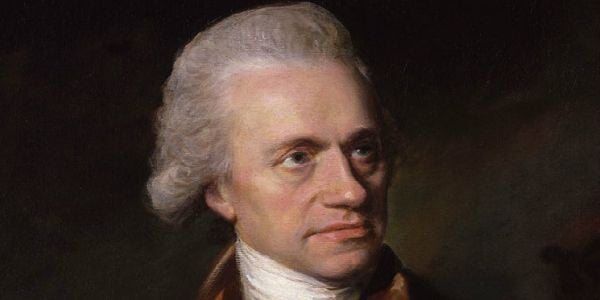 The Polish astronomer Nicolaus Copernicus (1473-1543), made a major contribution to the scientific revolution by discovering that the planets revolved, not around the Earth, but around the Sun. Copernicus, who had a doctorate in cannon (church) law, wrote:

The Danish astronomer Tycho Brahe (1546-1601) was the last major naked-eye astronomer, who compiled very accurate astronomical and planetary observations. Tycho Brahe stated: "Those who study the stars have God for a teacher."

He wrote in "On Recent Phenomena in the Aetherial World," 1588: "That the machine of Heaven is ... divinely governed under a given law."

In observing a super nova, Tycho Brahe wrote "On the New Star," 1573: "I noticed that a new and unusual star, surpassing all others in brilliancy ... it was quite evident to me that there had never before been any star in that place in the sky. ... A miracle indeed, either the greatest of all that have occurred in the whole range of nature since the beginning of the world, or one certainly that is to be classed with those attested by the Holy Oracles."

The German astronomer Johannes Kepler (1571-1630), assisted Tycho Brahe and studied his observations, which helped him discover the laws of planetary motion. Kepler, who originally studied to be a priest at the University of Tübingen, wrote:

Others wanted to give it the name of Herschel, as Thomas Jefferson wrote from Paris to John Page, Aug. 20, 1785: "You will find in these the tables for the planet Herschel, as far as the observations hitherto made. ... You will see ... that Herschel was ... the first astronomer who discovered it to be a planet."

Born in Germany, Nov. 15, 1738, William Herschel was a musician like his father, who was bandmaster in the Hanoverian guard. William Herschel was a contemporary of Beethoven, Haydn and Mozart. During the Seven Years War, which in America was called the French and Indian War (1756-1763), William Herschel fled to England. There, he was hired as the first organist at St John the Baptist Church in Halifax, and then organist at the prestigious Octagon Chapel in Bath, eventually writing 24 symphonies.

An album of his music was released in 1995 titled "Sir William Herschel – Music by the Father of Modern Astronomy: First Recordings of the orchestrated chamber works by the celebrated 18th century composer/astronomer."

William Herschel pursued astronomy on the side, building his own telescope to observe, not just the solar system, but "the construction of the heavens." He taught himself how to grind and polish telescopic mirrors, becoming preeminent in that field.

His sister, Caroline Herschel (1750-1848), assisted him, and went on to become a renown astronomer in her own right as the first professional female astronomer. She received royal recognition for discovering several comets, one of which was named for her, and for discovering M110, the Andromeda Galaxy’s second-known companion. A crater on the Moon is named for her.

William Herschel constructed over 400 telescopes, including the largest reflecting telescopes of his day, using them to catalog over 90,000 new stars, as well as nebulae and galaxies.

Herschel discovered Uranus on March 13, 1781. It is the third-largest planet in our solar system, and seventh planet from the sun. Uranus, named after the mythological Greek god of the sky, is basically tied with Neptune for having the coldest atmospheric surface temperature, reaching minus 371 degrees Fahrenheit, resulting in both planets being classified as "ice giants."

After Herschel's discovery of Uranus, King George III granted him a permanent salary as a royal astronomer. The king had him move to Windsor so the Royal Family could look through his telescopes.

The Scientific Papers of Sir William Herschel (published by the Royal Society in 1912), recorded his diary entry of an argument over naturalistic philosophy: "The First Consul ... asked in a tone of exclamation ... when we were speaking of the extent of the sidereal heavens 'and who is the author of all this.' ... LaPlace wished to shew that a chain of natural causes would account for the construction. ... This the First Consul rather opposed. Much may be said on the subject; by joining the arguments of both we shall be led to 'Nature and Nature's God.'"

The Royal Society editor wrote in a footnote of Herschel's missing letters: "Some 400 pages ... are still extant (existing). ... We are informed that Herschel in them interweaves his philosophy and even his musical studies with references of an earnest kind to the Creator as a beneficent Deity, expressing his gratitude and addressing Him in a prayerful spirit."

William Herschel was made a Knight of the Royal Guelphic Order by Prince Regent, George IV, in 1816. Sir William Herschel died in his observatory, Aug. 25, 1822. He was buried in St. Laurence Anglican Church in Slough, England, where a stained-glass "Herschel Window" commemorates his astronomical discoveries with another window quoting Psalm 8: "When I consider the heavens, the work of Thy fingers, the moon and the stars, which Thou hast ordained, what is man, that Thou art mindful of him?"

A contemporary of Sir William Herschel was the famous English poet, Edward Young (1681-1765), whose poem "Night Thoughts" was published in 1742. The poem became so popular it was translated into French, German, Italian, Spanish, Portuguese, Swedish and Magyar, and quoted throughout Europe and America.

Line 771 of Edward Young's poem "Night Thoughts" is thought to be a reference to Sir William Herschel:

By mortal ear, the glorious Architect,
In this His universal temple hung
With lustres, with innumerable lights,
That shed religion on the soul; at once,

The temple, and the preacher! O how loud
It calls devotion! genuine growth of Night!
Devotion! daughter of Astronomy!
An undevout astronomer is mad.

John Herschel wrote in a letter to Charles Babbage ("The Shadow of the Telescope: A Biography of John Herschel" by Günther Buttmann, p. 14): "God knows how ardently I wish I had ten lives."

In a diary entry, November 1855, John Herschel wrote: "What God sends is welcome."

John Herschel is quoted in the Athenaeum, Journal of English Foreign Literature, Science, and the fine arts (London, June 16, 1838, p. 555), as referring to: "God's great book of nature."

When the HMS Beagle landed at Cape Town, South Africa, on June 3, 1836, a passenger, the young Charles Darwin, visited Sir John Frederick Herschel. John Herschel is partly responsible for speculating long ages of creation, which influenced Darwin's developing theory. Herschel revealed his views to Charles Lyell after reading his "Principles of Geology" (1830-1833): "Time! Time! Time! — we must not impugn (attack) the Scripture chronology, but we must interpret it in accordance with whatever shall appear on fair inquiry to be the truth for there cannot be two truths. And really there is scope enough: for the lives of the Patriarchs may as reasonably be extended to 5000 or 50000 years apiece as the days of Creation to as many thousand millions of years."

Herschel's long-ages view was a departure from views held by other famous astronomers, such as Johannes Kepler, who, after writing his book "The Harmony of the World" (1619), stated: "See, I cast the die, and I write the book. Whether it is to be read by the people of the present or of the future makes no difference: let it await its reader for a hundred years, if God himself has stood ready for six thousand years for one to study him." 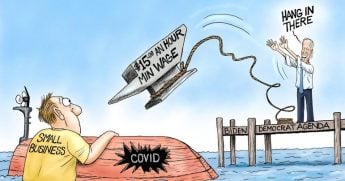