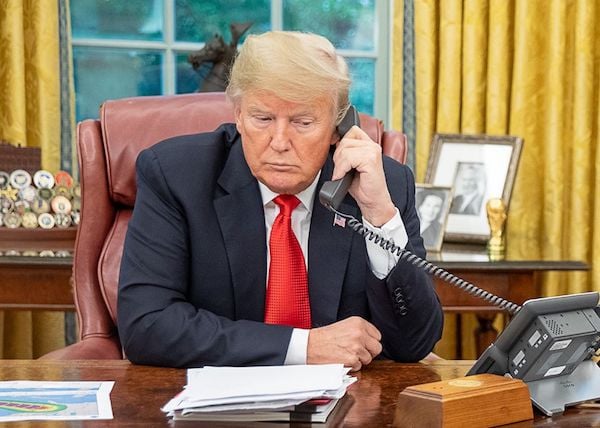 The most powerful forces in American news media are in a desperate "panic" because of Donald Trump, and have new unleashed a "satanic" strategy to make sure the president is not re-elected in 2020, says talk-radio giant Rush Limbaugh.

On his Tuesday broadcast, the popular political analyst unleashed a scathing attack on the New York Times and Washington Post, saying the rest of the national media would follow like puppy dogs with the new claim that the true founding of the U.S. came not in 1776, but in 1619 when the first African slaves intended for sale were brought to Virginia.

"I have seen desperation. I have seen panic throughout my life professionally, personally, I’ve seen it. I know what it looks like," Limbaugh said.

"I’ve never seen this degree of panic. And some will say this is not panic. This is satanic. However you want to characterize this, this is an act of pure desperation." 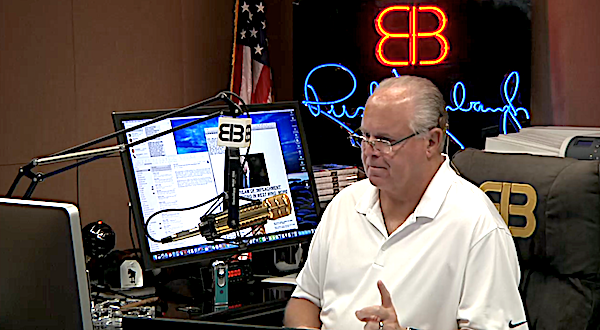 It was the second straight day Limbaugh discussed the topic in depth, noting, "Anybody who has been taught even the slightest factual truth of our founding knows that this entire premise of the New York Times is criminally wrong, journalistic malpractice, criminally wrong. They’re literally just making up a new reality."

Limbaugh was critical not just of the New York Times, but also the other influential members of the U.S. media conglomerate:

And if the New York Times is literally gonna do this, if they’re gonna start a project here called 1619 that is designed to rewrite the founding of this country as something that did not happen when it was stated to happen, that it actually began with the slave trade and that everything that’s happened since 1619 is therefore unjust, indecent, and disqualifying, then every other news organization is gonna have to pick this up. Otherwise the New York Times is gonna be stranded and alone with it.

Because whatever else the New York Times leads with: Trump-Russia collusion, Kavanaugh’s gotta go, whatever it is, the rest of the media, local newsrooms, national newspapers, local newspapers, they follow like puppy dogs the lead of the New York Times. The Democrat Party had better be very wary of this, because if the media, which I claim has been running the Democrat Party for a while now. The media is the intellectual energy or the foot soldier warriors. They are leading the party. They are providing the talking points. They are firing the weapons against us, their political enemy.

If they really think that there is a presidential election to be won, just waiting to be won by convincing Americans that everything about their country is a lie, that it’s truly a horrible place, and that everything great, supposedly great is now disqualified because it wouldn’t have happened without slavery, they think that is going to prevail over the message behind Make America Great Again or Keep America Great Again?

In fact, the Washington Post has already jumped on the 1619 bandwagon, devoting an entire section of its coverage to the topic.

"These people are re-electing Donald Trump as we sit here is the bottom line," Limbaugh concluded.