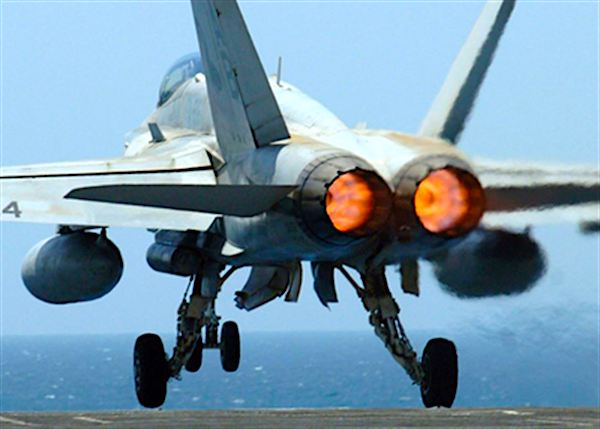 Afterburners glow as an F/A-18C Hornet aircraft launches from the flight deck of the aircraft carrier USS Enterprise (CVN 65) while the ship conducts flight operations in the Persian Gulf on June 10, 2006. Enterprise and its embarked Carrier Air Wing 1 are conducting maritime security operations in the area. (U.S. Dept. of Defense photo, released)

After serving for two years as a top aide to Vice President Mike Pence, Alyssa Farah has accepted the post of press secretary at the U.S. Department of Defense. 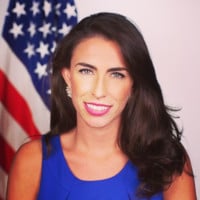 The daughter of WND founder Joseph Farah, she will work in the Pentagon under recently confirmed Defense Secretary Mark Esper.

"After 2 unforgettable years at the White House with the @VP, I’m honored to head to @DeptofDefense to serve as Press Secretary on behalf of @EsperDoD & the incredible men & women of our Armed Forces," she tweeted Wednesday.

Prior to working at the White House, she was the spokeswoman for the House Freedom Caucus.

The Hill noted that like other Trump administration departments, the Defense Department has held fewer briefings in recent months, drawing complaints from media and watchdogs.