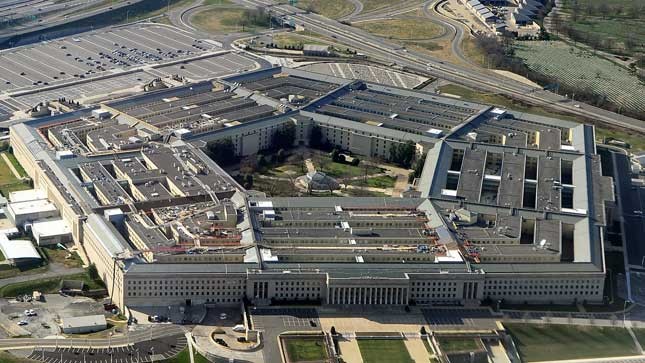 Admitting they know little about climate change, the authors of a report by the National War College nevertheless conclude the Department of Defense is "precariously unprepared."

The report is titled "Implications of Climate Change for the U.S. Army."

Its authors include officials from the army, the War College, the University of Wisconsin at Madison, the Air Force, Princeton, the National Guard and the "Mongolian Army."

They admitted in their executive summary, "The study itself did not involve original research on the nature or magnitude of climate change."

They said their analysis "assumes" that "significant changes in climate have already occurred, [and are] likely to worsen in the years ahead."

In fact, the analysis was based only on a "preponderance of evidence," the lowest standard of proof, which means it is more likely to have happened than not.

Nor did the authors look at "causation."

Nonetheless, the report found, "The Department of Defense is precariously unprepared for the national security implications of climate change-induced global security challenges."

They said the challenges would be from events "associated with or worsened by climate change, and organizational challenges arising from climate change-related issues in the domestic environment."

It warned that "rising seas will displace tens (if not hundreds) of millions of people, creating massive, enduring instability. This migration will be most pronounced in those regions where climate vulnerability is exacerbated by weak institutions and governance and underdeveloped civil society."

Then there is "salt water intrusion."

"This means that in expeditionary warfare, the Army will need to supply itself with more water. This significant logistical burden will be exacerbated on a future battlefield that requires constant movement due to the ubiquity of adversarial sensors and their deep strike capabilities."

Melting Arctic ice will boost the chances of a "direct military contact" with "an increasingly belligerent Russia."

Drought and heating will push the U.S. power grid to its limits and "further spur large scale human migration elsewhere."

What the military must do, the report states, is "consider changes in doctrine, organization, equipping, and training to anticipate changing environmental requirements."

Further, the Department of Defense right now "must begin ... to promulgate a culture of environmental stewardship across the force."

"The distinguished authors, which include Army and Air Force colonels, an Ivy League professor and other highly regarded academics, claim the national security threats include; widespread disease such as malaria, severe weather, reduced water and food supplies, mass migration and the displacement of millions of people," Judicial Watch said.

But what about the studies, climate projections and assessments?

"We ignore that controversy," the report said.

The authors also objected to the decision by President Trump to pull out of the Paris Climate Accord, despite acknowledgement by many of its supporters that U.S. involvement would have minimal impact on the climate.