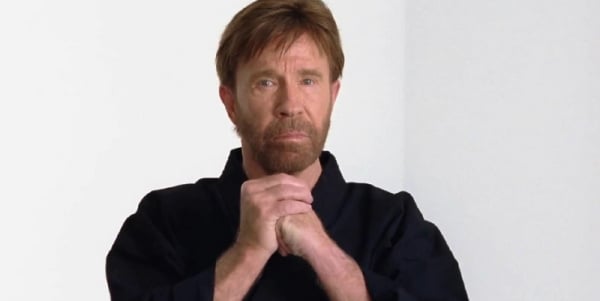 As mentioned last week, to generate discussion and stimulate action toward resolving a major heath issue, Sept. 8-14 was designated as National Suicide Prevention Awareness Week. What I failed to mention is that September is Suicide Prevention Month. I was reminded of this by a U.S. Department of Veterans Affairs press release that encourages veterans, community leaders, co-workers, families and friends to use this month to help prevent suicide by being present, supportive and strong for those veterans who may be going through a difficult time. This campaign is tagged with the message "#BeThere." As mentioned last week, veterans are 21 percent more likely to take their own lives than civilians. Of the more than 45,000 Americans that die by their own hand each year, an estimated 6,000 are veterans.

Says VA Secretary Robert Wilkie in the release: "I encourage everyone to take a moment to be there for Veterans in need. One act of thoughtfulness can make a big difference and may even save a life." You can learn more about the warning signs of suicide on the Veterans Crisis Line website.

Most people today do not have any direct connection to the unique challenges and pressures of military life. Less than 1 percent of today's U.S. population is currently serving in the military, as compared to 12 percent during World War II. We know even less about the difficulties veterans have in adjusting to civilian life.

Much of the focus today is on the growing number of younger veterans who commit suicide. It is also important to recognize that statistics show the suicide rate for elderly veterans is higher than that of nonveterans of the same age. Veterans struggling with suicide are not always wrestling with recent memories of combat. Many veterans are never deployed to a combat zone. For them, service-related issues can lie dormant, only to crop up later in life.

The VA emphasizes the importance of getting potentially suicidal veterans in the door, where health care workers are trained to deploy a range of treatments. For older male veterans, what complicates their risk factor is their tendency to reject treatment for mental health issues.

To the issue of care, studies are showing that U.S. veterans hospitals often prove to be better options than nearby alternatives. In a recent study, researchers looked at 121 regional health care markets with at least one VA hospital and one non-VA facility. According to a report in Annals of Internal Medicine, across all regions, the VA was shown to be consistently better than non-VA facilities on almost every quality measure. The VA offers new programs, initiatives and advanced trainings, as well as renovations and improvements to health care facilities. The VA was also the best or above average in most markets for treating heart attacks, heart failure and pneumonia, among other conditions.

What the VA and other health care providers have to do a better job of is preparing for the changing profile of patients needing care.

According to the Population Reference Bureau, the number of Americans ages 65 and older is projected to nearly double from 52 million in 2018 to 95 million by 2060, rising from 16 percent of the population to 23 percent. This shift is unprecedented in U.S. history.

Among the health concerns for this aging population are obesity rates. They have been increasing among adults ages 60 and older, standing at about 41 percent in 2015-2016.

Population Reference Bureau data shows the aging of the baby-boom generation could fuel more than a 50 percent increase in the number of Americans ages 65 and older requiring nursing home care. That would result in about 1.9 million in 2030, as opposed to the 1.2 million in 2017. The demand for elder care will be driven by a steep rise in the number of Americans living with Alzheimer's disease, which could more than double by 2050.

This aging population has also generated a new sociological term: elder orphans. It speaks to a large majority of older people who are living alone. It represents a major threat to mental or physical health. These seniors are living alone with little or no support. When they are fending for themselves, childless and spouseless, they are extremely vulnerable. It is unclear how many older adults are elder orphans, but a 2016 study suggested 22 percent of older adults were at risk. Some of this population is, or will be, veterans.

Let this stand as a reminder that we should not assume an older veteran is doing fine unless we know that to be true.