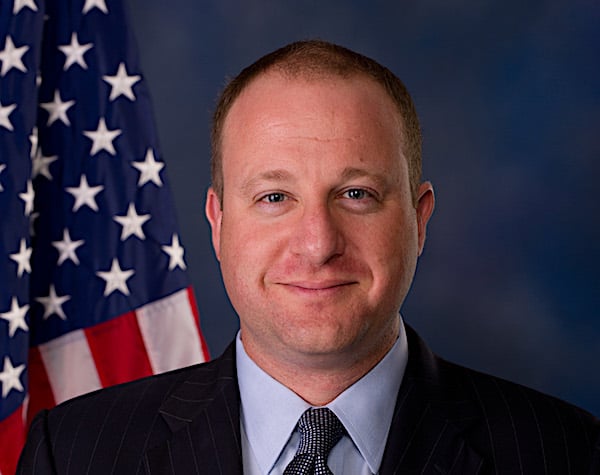 The problem, however, is that beef is the state's largest export industry.

Polis' opposition to his state's financial interests were reported the Washington Free Beacon.

The first-term Democrat, according to the Gazette, said "he even offered to buy agency researchers Burger King's new Impossible Whopper, which is made of soy and other meatless products, to demonstrate the potential of the plant-based meat trend."

"For the governor to suggest that Colorado agriculture begin focusing on growing vegetables for plant-based proteins is confusing to the farmers and ranchers who have worked the land in rural Colorado for decades," the Colorado Livestock Association said. "Next time the Department of Agriculture staff is looking for a free lunch we'd be more than glad to set up a grill in Broomfield and barbecue some cheeseburgers for the crew–the beef kind."

Polis has personal interests in the campaign for veggie replacements for meat, because he's married to a vegan man.

According to the Free Beacon, Don Brown, a longtime Colorado beef producer, farmer and agriculture commissioner in the administration of Gov. John Hickenlooper, said farmers and ranchers constantly are looking for new opportunities in agriculture. But Colorado's land and climate likely wouldn't support vegetables at the level that would be needed.

Brown, according to the Free Beacon, said: "Soybeans don't grow well in Colorado, particularly in areas that don't have irrigation and must rely on rainfall. About 75 percent of Colorado's farmland is considered dry and is not irrigated."

He added, "I damn sure know we're short on coconut trees."

Polis is a former congressman who promoted homosexual rights and the legalization of marijuana.

He made some $800 million when sold rights to the products of his parents' greeting card company, Blue Mountain Arts. In Congress, he worked with the disgraced former Democratic senator Al Franken of Minnesota to promote the LGBT agenda in public schools.