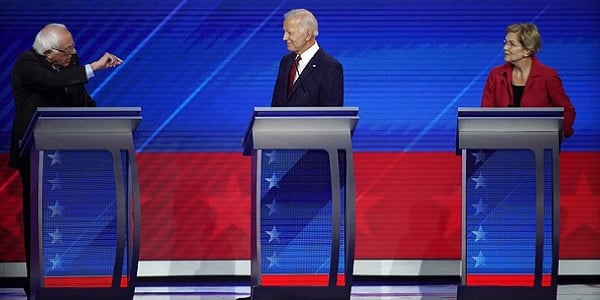 Democratic presidential candidate Joe Biden falsely claimed during the Democratic debate in Houston on Thursday night that the Obama administration "didn't lock people up in cages."

"What Latinos should look at is comparing this president to the president we have is outrageous," Biden said. "We didn't lock people in cages. We didn't separate families. We didn't do all of those things."

The Associated Press pointed out, however, that the chain-link enclosures inside temporary housing for migrants were built and used by the Obama administration.

And Biden was wrong on two counts, AP said, because the Obama administration also separated families in some instances.

The fences are meant to separate migrants by sex and age.