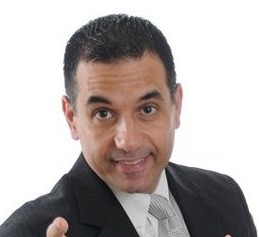 There was a mix of outrage and joy when President Trump proposed his Doral National Miami property as the site for next year's G7 summit. Critics cried out saying this could be a violation of the Emoluments Clause, but entrepreneurs shouted their approval, recognizing Trump's vision as a business owner – not of his own real estate empire but as the current CEO of America. Because that's what it was.

Not only did Trump suggest it, but he listed the reasons why it would be a better site than any other property in the U.S. In other words, he proposed a "business case" to illustrate his points and begin the process of persuasion. This is one more example of Trump demonstrating the cornerstone of capitalism. He's been doing this daily since he took office by thinking like America's CEO and sizing up what we need to grow and making the case for every step he takes. This is one of the main reasons why President Trump has won the hearts and minds of U.S. business owners and entrepreneurs and why this voting bloc is here to stay.

We have a leader in the Oval Office who understands creating a growth-environment will lead to growth. And, because he has been successful himself becoming a billionaire businessman, he knows what needs to be done and how to do it – from identifying and eliminating the exact regulations that were holding businesses back to a tax cut that has helped households while incentivizing companies to create more jobs and be motivated to repatriate hundreds of millions back into our economy. It's worked. Unemployment numbers are down, wages are up, and companies are optimistic, having more jobs than people to fill them.

But equally important is how Trump has reinvigorated the entrepreneurial spirit that is so deeply woven into the fabric of the country. He has reignited our pride and patriotism through his own passion and purpose to lift all of us from employee to employer to entrepreneur to innovator.

With opponents hailing socialism, Trump has been our loudest voice on capitalism, which is the bedrock of America. The system of capitalism blesses people, while socialism steals from people. Through capitalism, we earn more, and in turn, we give more. Democrats talk about what the government will "give" to the people if they take power back in Washington, but business owners aren't fooled by promises of social equality and free resources. Socialism has never worked and will not work for America. U.S. business owners, entrepreneurs and self-employed professional practitioners know support for Trump 2020 is synonymous with supporting our free enterprise, capitalistic economy that empowers Americans to achieve the level of success desired through grit, determination and hard work.

With 30.2 million small businesses in the United States and approximately 92 percent of them having 10 employees or less, it becomes necessary for owners to wear multiple hats, but committing to working hard is easier when you know the guy at the top has your back. Through his attitude and his actions, President Trump is standing up for every business owner, and by doing that, he is also standing up for every employee. And the winning results are clear, with unemployment at historic lows and consumer spending rising to 4.3 percent at an annual rate in the second quarter of 2019, which is higher than the 2.5 percent pace set in the preceding four quarters. Critics have derided his approach of raising China tariffs, saying it will "hurt" U.S. businesses, but that isn't how business owners feel. They are ready and prepared for supply chain reroutes and offsets, believing any short-term pain is irrelevant to the long-term gains. Among business owners, there is an even greater appreciation of the president for having the guts to do now what should have been done long ago, and with reports of potential "breakthrough" trade talks, he is once again demonstrating what it means to lead with purpose.

But even with the economic evidence of Trump's proven track record, the Democratic talking point continues to be that only corporations have benefited from his policies and not the people. This is nonsense. Who do they think provides the jobs, the training, the research and development? There is no villain in Trump's booming economy, and business owners understand we need to overcome obstacles together as Americans despite political differences.

Trump's economic explosion has fostered a prosperous environment for business owners and entrepreneurs to do two things: jump in by starting a business for the first time, and expand, hire and accelerate growth in an existing business. No politician, candidate or group of Democratic socialists could possibly change or lessen the support business owners have for President Trump because of the record-breaking economy that has restored our faith to achieve the American Dream.

John Di Lemme is president and CEO of Di Lemme Development Group, Inc., a strategic business coaching and marketing consulting firm and founder of Business Owners For Trump, a group created to stand against socialism and fully support President Trump and his fight to keep capitalism alive. He can be reached at [email protected]