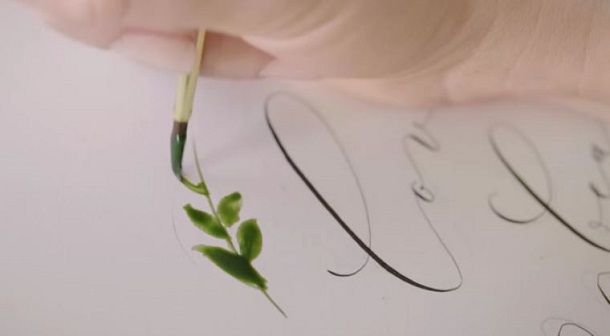 The Arizona Supreme Court ruled Monday that the city of Phoenix violated the constitutionally protected religious freedom of two Christian calligraphers by prosecuting them for their refusal to create custom invitations for a same-sex wedding.

The court ruled they are protected by the state constitution as well as the state's Free Exercise of Religion Act.

Joanna Duka and Breanna Koski, owners of Brush & Nib Studio challenged a Phoenix non-discrimination law, the Human Relations Ordinance, that would have imposed on them jail time and fines.

The ordinance forbids public expression of the Christian belief that marriage is the union of one man and one woman.

The Alliance Defending Freedom, which is representing Brush & Nib, said the state Court of Appeals allowed the city "to override" the art company's decisions about "what messages to convey."

ADF said the law's coercion of religious believers "violate the fundamental principle that 'an individual has autonomy over his or her speech and thus may not be forced to speak a message he or she does not wish to say.'"

"The government shouldn't threaten artists with jail time and fines to force them to create custom artwork, such as wedding invitations, expressing messages that violate their beliefs, and that's what the court has affirmed today," said ADF Senior Counsel Jonathan Scruggs, who argued on behalf of Duka and Koski before the Arizona Supreme Court.

"Joanna and Breanna work with all people; they just don't promote all messages. They, like all creative professionals, should be free to create art consistent with their convictions without the threat of government punishment. Instead, government must protect the freedom of artists to choose which messages to express through their own creations. The court was right to find that protections for free speech and religion protect the freedom of creative professionals to choose for themselves what messages to express through their custom artwork."

The court ruled: "The rights of free speech and free exercise, so precious to this nation since its founding, are not limited to soft murmurings behind the doors of a person's home or church, or private conversations with like-minded friends and family. These guarantees protect the right of every American to express their beliefs in public. This includes the right to create and sell words, paintings, and art that express a person's sincere religious beliefs. With these fundamental principles in mind, today we hold that the city of Phoenix…cannot apply its Human Relations Ordinance…to force Joanna Duka and Breanna Koski…to create custom wedding invitations celebrating same-sex wedding ceremonies in violation of their sincerely held religious beliefs."

The court said the government "must not be allowed to force persons to express a message contrary to their deepest convictions.'"

The lawyers said the artists serve anyone with their products but not any message.

They argued: "Their faith simply prevents them from expressing certain messages for anyone. So this case is not about whether businesses can decline to serve an entire class of people. It is about whether artists can freely choose which messages their own art conveys."

They create custom artwork for announcements and other documents needed for weddings and other events.

ADF explained, "Phoenix interprets its ordinance, City Code Section 18-4(B), in a manner that forces artists, like Duka and Koski, to use their artistic talents to celebrate and promote same-sex marriage in violation of their beliefs, even when they decide what art they create based on the art's message, not the requester's personal characteristics."

The majority opinion responded directly to the minority's contention that the artists were guilty of sexual discrimination.

"This mischaracterization reflects neither plaintiffs' position nor our holdings. … Plaintiffs must, and they do, serve all customers regardless of their sexual orientation. However, by focusing solely on the anti-discrimination purpose of the ordinance, the dissent engages in a one-sided analysis that effectively deprives plaintiffs of their fundamental right to express their beliefs."

The ruling also cited the First Amendment, saying: "The enduring strength of the First Amendment is that it allows people to speak their minds and express their beliefs without government interference. But here, the city effectively cuts off plaintiffs' right to express their beliefs about same-sex marriage by telling them what they can and cannot say."

The lawsuit was a pre-emptive strike against the discriminatory law to head off any potential fines and jail sentences.

Officials from eight states had filed briefs supporting the arguments of Brush & Nib.

The Jewish Coalition for Religious Liberty filed a brief pointing out that when the U.S. Supreme Court created same-sex marriage, the ruling "promised that religious believers and organizations would remain secure in their constitutional right to believe, teach and live out their sincere religious convictions that marriage is between a man and a woman."

"The promise was unmistakable and unambiguous," the filing said.

The Supreme Court's majority opinion acknowledged those who believe marriage "is by its nature a gender-differentiated union of man and woman."

"This view long has been held – and continues to be held – in good faith by reasonable and sincere people. … Many who deem same-sex marriage to be wrong reach that conclusion based on decent and honorable religious or philosophical premises, and neither they nor their beliefs are disparaged here," the opinion stated.