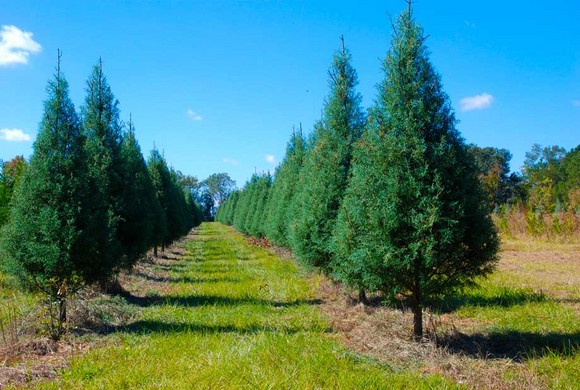 It began with what appeared to be an overly aggressive Michigan township attack on two brothers trying to start a Christmas tree farm.

A fine of $450,000 was announced by the township of Canton against Gary and Matt Percy, who allegedly without permission cleared garbage and scrub brush off their small parcel with plans to plant trees.

Then township officials warned them not to talk to reporters about the dispute or there would be a "fight."

The brothers went to court, and "Canton made good on its threat," according the Texas Public Policy Network, which is working on the brothers' case.

Now, in a separate civil lawsuit in federal court, the Percys charge the city's complaints and notices of violation are due "to retaliation for the plaintiffs exercising their First Amendment rights."

The new complaint says town officials called in multiple environmental complaints with state and county agencies, which all were resolved or dismissed. Then they "falsely" told reporters that the brothers had been convicted of stealing water, and they repeatedly sent code enforcement officers to the brothers' other operations "in search of possible code violations."

Then township officials sued the brothers.

The brothers countersued, prompting the township to expand "its efforts to find additional possible violations of local ordinances."

Then the township even claimed that the brothers' trucking business was operating in unapproved buildings, even though the buildings have been used for more than two decades.

Chance Weldon in the Daily Signal called for an end to the township's threats of "ruinous, unconstitutional fines."

"It's time that the court puts a stop to it."

"Shortly after the Percys went to the media, Canton began sending threatening emails chastising them for talking to reporters," he wrote.

The federal lawsuit against the city charges officials "contacted the Percy brothers to chastise them for exercising their rights of free speech under the First Amendment by reaching out to the press and their elected representative."

Then there were Canton's "frivolous complaints" and the code enforcement officers sent to the brothers' trucking company.

Weldon explained that the brothers filed a separate federal civil rights lawsuit "to stop the ongoing harassment in hopes that they could operate their business in peace while they litigate the tree-ordinance claims."

The township said it wanted $16 million in fines for the allegedly unapproved buildings.

"Usually when you file a civil rights lawsuit, these sorts of bully tactics stop," said a Texas Public Policy Network statement. "Here, the township doubled down and started sending various code enforcement officers to the Percys other businesses, just to hassle the brothers."

The federal lawsuit states: "The right to criticize government and the right to file constitutional claims against the government form the very core of the First Amendment's protections of the freedom of speech and the right to petition. Defendants may not attempt to punish plaintiffs for seeking to exercise and defend their core constitutional rights. Relief from this court is necessary to prevent this pattern and practice of harassment from continuing."

The lawsuit contends the city's complaints and notices of violation are due "to retaliation for the plaintiffs exercising their First Amendment rights."