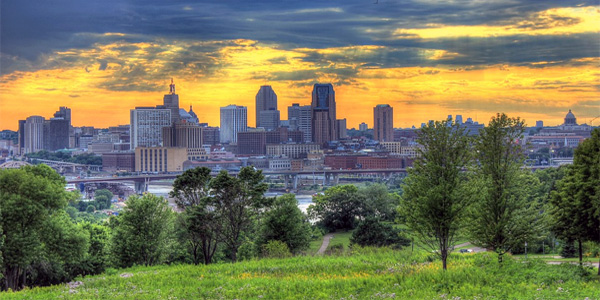 Minnesota long has been a Democratic stronghold in the Midwest.

It's the state of Walter Mondale, after all.

Among its representatives is the radical Muslim congresswoman Ilhan Omar, who was rebuked by her party's leaders for anti-Semitic remarks and described the 9/11 massacre by Muslim jihadists as "some people did something."

Now CNN has gone to the state's Iron Range, a traditional Democratic stronghold in the north where taconite is mined for the nation's steel industry.

It turns out that the Democrats there are happy with the president.

CNN's Martin Savidge speaks with voters in a Democratic stronghold in Minnesota as local attitudes about politics begin to shift.
-----
Democratic voter on President Trump: He's our guy pic.twitter.com/EOvAUQ6eHU

The Gateway Pundit noted CNN's Martin Savidge traveled to the Iron Range near Lake Superior and found that the miners and working families who typically vote Democrat are voting for Trump.

The report said: "Democrats put the miners out of work. Trump brought the jobs back."

On Twitter, Susan Critelli jumped into the conversation: "Imagine my shock. Now, multiply this by millions in other blue states."