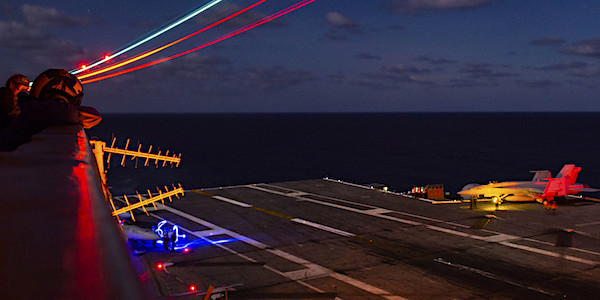 An expert on military readiness contends the "social experiments" imposed on soldiers in recent years are a "failure" and could cost lives.

"The Defense Department's attempts to reduce sexual assaults in the military have failed. Annual reports tracking numbers of actual assaults on women and men who that the problem is getting worse every year with no end in sight," states a report by the independent Center for Military Readiness.

The conclusion is affirmed by the highest levels of command.

"Gen. Hyten said he had long supported Air Force programs like 'Respect' and 'Green Dot.' Then he added, with unusual candor, 'But the numbers don't change. It is a vexing problem, senator. . . We have tried so many things in the military; I’ve been part of the leadership on all of those things, but the numbers say they are not working."

Information about the cases come from the Pentagon's Sexual Assault Prevention & Response Office.

CMR said it's "a disgrace that in a single year (FY 2018), over 6,000 military men and women found it necessary to report sexual assaults through a confidential system (Restricted) or on the public record as part of legal action (Unrestricted)."

The fault is clear: "For decades, feminist social engineers, lawmakers, and high-level Pentagon officials promised that close combat assignments for women would reduce rates of sexual assaults. On the contrary, according to Defense Department data, the opposite has happened.

"LGBT advocates also have insisted that their agenda is working well … but … annual percentages of sexual assaults on military men, shows a disturbing trend. Social policies that have ignored or tried to redefine human sexuality are weakening discipline, trust, and the careers of many senior leaders," the report said.

The solution isn't going to be easy, the report said.

"The situation calls for an honest, top-to-bottom reassessment of what has gone wrong and what must be done to restore the cultural strength of our military. A good place to start is the latest SAPRO report, but without the diversionary smokescreens."

The report blames military leaders during the Obama administration.

"Today’s SAPRO reports have thoroughly discredited unrealistic predictions about sexual misconduct that ideologues repeatedly have made since the early 1990s. These include disingenuous promises that the Obama administration made to Congress in 2010 when pressing for repeal of Section 654, Title 10, the 1993 law regarding gays in the military.

"Despite vehement denials to members of Congress, repeal of the law mislabeled 'Don't Ask, Don't Tell' quickly led to 'LGBT Law,' meaning new rules allowing same-sex marriages, benefits, and constant challenges to religious liberty in the military. As CMR predicted five years earlier, in 2015 the Obama administration threw previous assurances out the window and began an incremental process of accommodating transgenders in the military."

Since then, there have been "steep increases in the rates of sexual assaults on men as well as women."

"The military’s mission is to defend America, not to engage in social experiments with human emotions and failings related to sexuality. Heather MacDonald reached an unequivocal conclusion: 'The Obama-era policy of integrating women into ground combat units is a misguided social experiment that threatens military readiness and wastes resources in the service of a political agenda. The next defense secretary should end it,'" the report said.

The objective of the military needs to be mission readiness and combat lethality "not political correctness or social engineering," the report said.

"Ultimately, lives could be lost while time and effort are diverted to endless controversies caused by capitulation to social justice warriors and gender diversity theorists who have lost touch with reality," the warning continued.