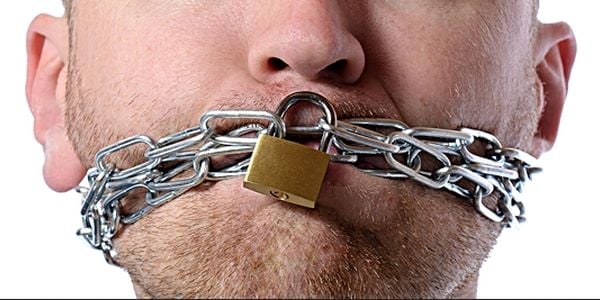 A federal judge has struck down a "heckler's veto" law in Iowa that banned pro-life speech activities on the sidewalks outside of abortion businesses.

The American Center for Law and Justice is representing pro-life activists Anthony Miano and Nicholas Rolland, who challenged an Iowa statute that restricted their speech

The law allow authorities to "silence constitutionally protected speech ... on the basis of a third party's reaction to the speech," ACLJ explained.

It's been characterized as a "heckler's veto," meaning authorities can shut down someone's speech if another person claims to have been offended.

The Iowa law made it a misdemeanor to make "loud and raucous noise in the vicinity of any residence or public building which causes unreasonable distress to the occupants thereof."

But U.S. District Judge Rebecca Goodgame Ebinger ruled the law is "unconstitutionally vague on its face because it subjects speakers to criminal punishment based on the reactions of third parties."

ACLJ said it asked the court to find unconstitutional a state law that has led to the prosecution of its clients "just for spreading a message of hope and peace outside abortion clinics."

The lawsuit was filed in November 2018 against the attorney general of Iowa and the Johnson County, Iowa, attorney.

ACLJ's clients often read aloud from the Bible, conduct open-air preaching and speak to individuals as they walk to and from the clinics.

"Commenting on matters of public concern, such as abortion, through the spoken word, prayer, and distribution of literature is speech that lies at the heart of the First Amendment and is given the greatest protection from government infringement on public sidewalks," ACLJ argued. "The court agreed, finding that the statute's 'defects are especially acute because § 723.4(2) regulates core First Amendment activity.'"

The ruling said: "On the merits, Iowa Code § 723.4(2) is unconstitutionally vague on its face because it subjects speakers to criminal punishment based on the reactions of third parties, while requiring no mens rea on the part of the speaker. It is also vague as applied because Defendants enforce the statute in a way that gives Plaintiffs insufficient notice of when their speech violates the statute. Thus, the Clerk of Court is directed to enter judgment in favor of Plaintiffs Anthony Miano and Nicholas Rolland on Count II with regards to Plaintiffs’ facial and as-applied vagueness challenges."

ACLJ argued in a brief that the person "to whom a protest or demonstration is directed will naturally be critical of what is said."

"Protests and demonstrations are inherently rooted in disagreement, no matter their nature; for example, labor protests against a dictatorial boss, women's marches against a sexist system, or wartime protests against an authoritarian government," the organization explained.

"Allowing a listener who is unhappy with a person's speech to then silence him unequivocally constitutes a heckler's veto," the filing said.