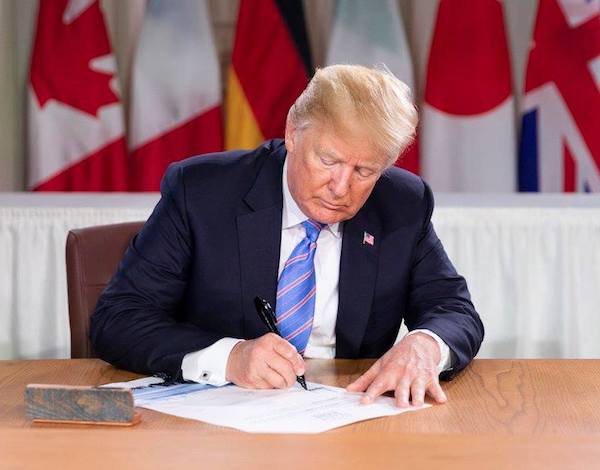 The battles in the U.S. Senate over President Trump's judicial nominees have been epic.

During the confirmation of Brett Kavanaugh, for example, Democrats brought forward salacious and unsubstantiated claims that led to a dramatic, narrow vote along partisan lines.

Even nominees for lower courts face partisan opposition, notes a report by First Liberty Institute concluding there is more obstruction of judicial nominees than at "any time in American history."

That's even though the American Bar Association found Trump's nominees are as qualified as those nominated by Barack Obama and previous presidents.

For example, 74.4 percent of Trump's nominees for appeals courts have been rated "well qualified." For district judges, it's about 66 percent. Overall, the figure is 68.4 percent.

George W. Bush's overall rate was 65.3 percent and Obama's was about 72 percent.

Yet at least 54 percent of Trump's nominees have gotten negative confirmation votes.

For Obama, the figure was only 16 percent, for George W. Bush 4 percent and for Clinton 3 percent.

First Liberty said the problem boiled down to "partisanship and political theater."

"In the last several years, Americans and politicians across the political spectrum have doubled down on the use of the judicial branch as a 'mini legislature,' treating it like a partisan institution to validate their policy preferences. They use the judiciary as a way of working around the normal legislative process in their own states or on Capitol Hill," the report said.

"Inevitably, judicial activism has spread to all levels of the judiciary, including the U.S. Supreme Court. And even more alarming, it has distorted the fundamental design of the Constitution. Their rulings aren't an interpretation of the law, they are edicts that essentially aim to legislate and create policy from the bench," it said.

One example of judicial activism was the 2015 creation of "same-sex marriage" by the Supreme Court, which the chief justice contended was unrelated to the Constitution.

The report pointed out that the responsibility of federal judges is "to declare what the law is, not what they personally think it should be."

"Instead of wielding their judicial authority to create law for what is politically popular at the time, the proper role of a judge is to evaluate the law according to what the Constitution says."

And the "negative confirmation votes that we have seen can be contributed directly to this rise in partisanship in the judiciary," the report said.

The fix simply is to "go back to the Constitution."

"The only way our judicial system can rise above partisan politics is by returning to the ideals and the original process set forth by America’s Founders. To get our judicial system back on track, we need more judges who understand their proper role and who earnestly seek to interpret the law according to the Constitution," the report said.

"If that happens, then we will once again be on the right path to decrease the politicization of the judicial branch."