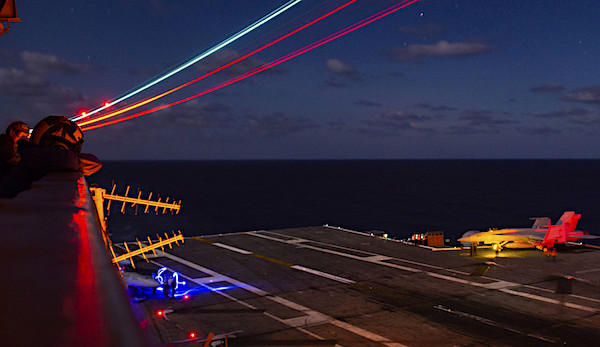 A key federal research agency has announced a search for an effective therapeutic drug for PTSD as an average of 20 veterans commit suicide daily.

"It is research we need to undertake given the scale of the mental health crisis our veterans face, and if it works, the payoff is a completely new, safe, and effective therapeutic option that transforms complex and previously intractable mental conditions into something more acutely treatable," said Dr. Tristan McClure-Begley, a program manager for the Defense Advanced Research Project Agency.

The project comes amid a mental health crisis among U.S. military veterans of the Iraq and Afghanistan wars.

The agency explains: "While the neurophysiology underlying these conditions may be distinct, an aspect in common is the presence of a deleterious, repetitive thought process that negatively impacts an individual's ability to function. For someone with post-traumatic stress, it involves re-experiencing trauma and the feelings associated with it; for depression it can take the form of a recurrent internal editor that attaches negative connotations to normal life events; for addiction it is the preoccupation with acquiring and using the substance of choice."

The target is the "specific neurotransmitter signaling processes that are often implicated in neurophysiological dysfunction."

"Focused Pharma will work to develop fast-acting drugs that have lasting impact, going beyond treating the symptoms of mental illness to tackle its underlying neurochemical roots," Mc Clure-Begley said.

DARPA said that various psychotherapy, psychopharmacology and direct brain stimulation treatments, while valuable, "also have substantial drawbacks that make them less than ideal for treating a challenge on the scale of mental healthcare for the military community."

"Existing medications exhibit variable effectiveness from one individual to another, can lead to undesirable side effects, can take weeks to months to observe therapeutic benefits even when paired with counseling, and do nothing to prevent relapse once a patient stops taking them," DARPA said.

McClure-Begley said the "fundamental hypothesis is that drugs with biased activation of specific signaling pathways downstream of the receptor may be sufficient to induce a therapeutic effect that is uncoupled from deleterious neurological effects."

"Recent advances in neurotransmitter receptor structure-guided drug design are allowing us to generate the tools we need to test that hypothesis."

However, the side effects include hallucinations.

The agency said it soon will review researchers and their proposals for the work.

The research is not scheduled to include human clinical trials, but at the end of the current project, researchers will be expected to apply to the U.S. Food and Drug Administration for an Investigational New Drug process.