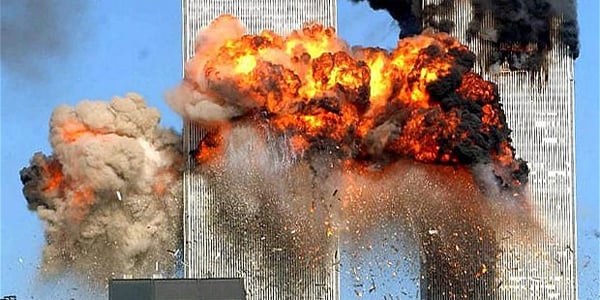 Sultan Suleiman the Magnificent dominated the Mediterranean, with intentions of not only invading Sicily, Sardinia, Majorca, and southern Spain, but Rome itself. The only thing standing in his way was the small rocky Island of Malta just south of Sicily, defended by the Knights of Malta.

In March of 1565, Sultan Suleiman the Magnificent sent Algerian Admiral Dragut to Malta with 200 ships and 40,000 Muslim soldiers, including 6,500 elite Janissary troops.

Dragut stated: "Unless you have smoked out this nest of vipers, you can do no good anywhere."

Queen Elizabeth I of England is said to have remarked: "If the Turks should prevail against the Isle of Malta, it is uncertain what further peril might follow to the rest of Christendom."

The Knights of Malta were led by a 70-year-old Frenchmen, Jean Parisot de la Valette. Pleas for reinforcements went out across Europe, but defense seemed futile. La Valette addressed his men: "A formidable army composed of audacious barbarians is descending on this island. These persons, my brothers, are the enemies of Jesus Christ. ..."

La Valette continued: "... Today it is a question of the defense of our faith – as to whether the Gospels are to be superseded by the Koran. God on this occasion demands of us our lives, already vowed to his service. Happy will be those who first consummate this sacrifice."

The Turks attacked again and again, even reducing one of their fortresses to rubble, but the Knights kept fighting, resolved to save Western Civilization. Finally, Dragut was killed and the Muslims sailed away on Sept. 11, 1565.

Sultan Mehmed IV sent the message to Austrian King, Leopold I: "Await us in your residence...so we can decapitate you."

Polish King Jan Sobieski gathered 81,000 Polish, Austrian and German troops and led a surprise attack on Sept. 11, 1683. They made one of the largest charges in history, 38,350 cavalry and dragoons. Soldiers had made wings for their backs which made a thunderous noise when they charged, causing the Turks to flee in confusion.

Upon entering the abandoned Turkish tents, Sobieski found bags of beans – coffee beans – revealing how Turks could fight day and night. The beans came from Ethiopia, the one African country which stayed Christian, and the Muslims called them infidels or "cafir," from which the word "coffee" was derived.

The legend is that Pope Clement VIII was petitioned to declare coffee "the drink of the devil" due to its association with Muslims, but the Pontiff tasted it and stated: "This devil's drink is so good, we should cheat the devil by baptizing it."

Shortly after the victory of Vienna, Polish General Koltschizky opened Vienna's first coffeehouses and coffee quickly spread across Europe. The Pope and European leaders hailed Jan Sobieski as the "Savior of Western Civilization."

President Theodore Roosevelt wrote in his 1916 book "Fear God and Take Your Own Part": "From the hammer of Charles Martel to the sword of Jan Sobieski, Christianity owed its safety in Europe to the fact it ... could and would fight as well as the Mohammedan aggressor."

The humiliated Muslim army beheaded General Mustafa Pasha and sent his head back to Sultan Mehmed IV in a velvet bag.

Hilaire Belloc (1870-1953) wrote in "The Great Heresies" (1938): "Less than 100 years before the American War of Independence a Mohammedan army was threatening to overrun and destroy Christian civilization. ... Vienna was almost taken and only saved by the Christian army under the command of the King of Poland on a date that ought to be among the most famous in history – Sept. 11, 1683."

Muslim Ottoman Turks dominated Belgrade, Serbia, since 1521. In 1691, Austria helped free Belgrade, but Muslim Ottoman Turks recaptured it and razed the city's buildings to the ground. The Serbian Orthodox Patriarch led thousands to flee to the Austrian Hapsburg Empire in the first "Great Serbian Migration."

Habsburg Prince Eugene of Savoy led the Holy League to counter-attack. Losing 500 men, the Holy League killed 30,000 Turks in one of the Ottoman Empire's worsts defeats in history – the Battle of Zenta, Sept. 11, 1697.

Islamic terrorists hijacked passenger jets. Two were flown into New York's World Trade Center, one into the Pentagon and one crashed in Pennsylvania.

President Bush stated: "Freedom itself was attacked this morning by a faceless coward, and freedom will be defended."

That evening, President Bush stated: "Thousands of lives were suddenly ended by evil, despicable acts of terror. Pictures of planes flying into buildings, fires burning, huge structures collapsing have filled us with disbelief, terrible sadness and a quiet, unyielding anger."

President Bush continued: "America was targeted ... because we're the brightest beacon for freedom and opportunity in the world. ... I ask for your prayers for all those who grieve. ... I pray they will be comforted by a power greater than any of us spoken through the ages in Psalm 23: 'Even though I walk through the valley of the shadow of death, I fear no evil for you are with me.'"

The U.N. Universal Declaration of Human Rights, written with the help of Eleanor Roosevelt, was adopted by the U.N. General Assembly, Dec. 8, 1948.

Without referencing the "Creator" as the source of rights, like the U.S. Declaration of Independence, the U.N. Universal Declaration of Human Rights includes articles such as: Article 18. "Everyone has the right to freedom of thought, conscience and religion; this right includes freedom to change his religion or belief."

This conflicted with Islamic Shariah law which imposes the death penalty for anyone leaving the Islamic religion. Many articles in the U.N. Universal Declaration of Human Rights were rejected by the leaders of 57 Islamic countries, who formed their own group called the Organization of Islamic Cooperation, or OIC.

In 1990, OIC passed the Cairo Declaration on Human Rights in Islam, affirming Shariah law as supreme, with:

By definition, the Christian Gospel insults Islam. If someone in a Shariah controlled country proclaims Jesus Christ more than a prophet – but also the Son of God who died on the cross to pay for the sins of the world – it would mean the death penalty. In fact, all speech contrary to Islam insults Islam.

At the end of the meeting, OIC Secretary General Ekmeleddin Ihsanoglu stated: "The Istanbul Process initiated with Secretary of State Hillary Clinton ... must be carried forward."

Clinton added: "We now need to move to implementation."

In the following months, Hillary Clinton's State Department ignored repeated requests for security by Ambassador Chris Stevens in Libya. He was killed with several others in the Benghazi attack on Sept. 11, 2012.

The night of the attack, Secretary Clinton's State Department blamed a video, and the shortly after sent memos to YouTube and Google recommending they censor speech insulting Islam, consistent with promises made at the OIC Istanbul Process meeting.

The U.S. supported the Muslim Brotherhood's ousting of Egypt's President Mubarak. Then U.S. weapons were used to oust Libya's President Gaddafi. Requests made by Judicial Watch through the Freedom of Information Act revealed emails of weapons being moved from Benghazi in a "Fast and Furious" gun-running style program to arm Muslim fighters in ousting Syria's President Assad.

This is part of a larger plan remove current leaders in order to reestablish an Islamic Caliphate.