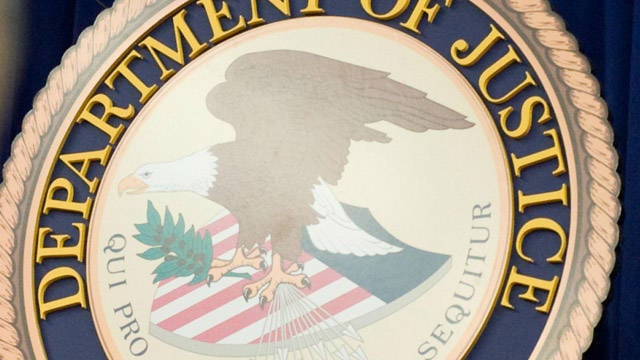 With attention focused on the release of the transcript of President Trump's conversation with the Ukrainian president about former Vice President Joe Biden, the Justice Department's criminal division said Wednesday it already has investigated the matter and concluded Trump did not violate campaign finance laws.

The Washington Times reported a separate division of the department has also ruled that the administration did not break the law by failing to immediately share a whistleblower's complaint with Congress.

Officials explained the matter didn't meet the definition of "urgent," as required by the law.

The transcript of the conversation with Ukrainian President Volodymyr Zelensky showed Trump talked about Biden but did not threaten to withhold military aid as Democrats charge.

Zelensky said a newly appointed prosecutor will "look into the situation" regarding Hunter Biden's dealings with Ukraine.

President Trump's personal lawyer, Rudy Giuliani, has said he has records of laundered payments from the Ukrainian energy company Burisma to a Hunter Biden business account amounting to more than $3 million.

In a Fox News interview Tuesday night, Giuliani explained he got involved in his capacity of defending the president. He said that the prosecutor "that Biden helped to put in" dismissed a case against an organization "that was collecting false information about Donald Trump, about Paul Manafort, and feeding it to the Democratic National Committee."

The organization, he said, was run by left-wing billionaire financier George Soros.

The spokeswoman said Barr also has not communicated with Ukraine regarding the Bidens or "anything relating to Ukraine with Rudy Giuliani."

A whistleblower reported Trump's conversation to authorities Aug. 12, despite not having first-hand knowledge. Citing information from "White House officials," the whistleblower said it appeared Trump was trying to pressure Ukraine to help him win the 2020 election.

The IG said the report was urgent enough to be shared with Congress by the director of national intelligence. But the Justice Department's Office of Legal Counsel concluded the complaint does not fall within the statutory definition of "urgent concern."

The Office of Legal Counsel also ruled the president's conversation with the Ukrainian president was a diplomatic communication and not an intelligence activity.

"Such matters simply do not relate to 'the funding, administration or operation of an intelligence activity within the responsibility and authority’ of the DNI," wrote Steven Engel, the assistant attorney general for the Office of Legal Counsel.

He said that if there were to be an investigation, it should be done by the Justice Department.

That is what happened, the Washington Times said, and the Justice Department's criminal division concluded Trump was not soliciting a contribution by asking Ukraine to probe an opponent.