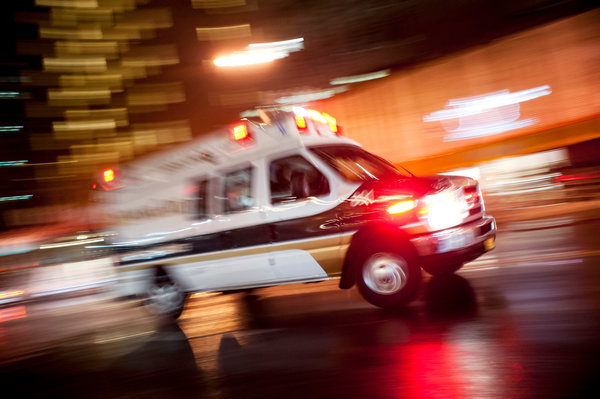 The state of Kentucky is being sued for letting companies veto any competitor who wants to come to the state and serve the same needs.

The complaint has been filed in U.S. District Court by the Pacific Legal Foundation on behalf of Phillip Truesdell and Legacy Medical Transport.

Truesdell owns the Transport company in Aberdeen, Ohio. His ambulance vans are for people who need transportation for health care in non-emergency situations.

"Because Legacy is located just across the river from Kentucky, it's frequently called to take Ohio residents to medical appointments and other destinations in Kentucky," the foundation explained. "Under Kentucky law, it can drop customers off in Kentucky, but it cannot take them back to Ohio without first getting a 'Certificate of Need.'"

But Kentucky lets existing businesses protest any newcomer and require that they not do any "harm" to them.

The PFL said it's called a "competitor's veto."

"Kentucky's law isn't about protecting public health or safety; in 46 other states, ambulance companies can operate without a Certificate of Need. The law blocks even highly qualified new businesses simply because they'd compete with the existing ones, " PLF explained.

"My dad says that anyone with breath in their lungs should be able to start a business,” said Hannah Howe, Truesdell's daughter and administrator of Legacy Medical Transport. “It’s not right that these operators can keep us out. Like my dad when he bought his first ambulance, they all had to start somewhere too."

PLF already defeated a similar law addressing moving companies in Kentucky in 2014, so it's on familiar ground arguing against the state requirment.

The civil rights complaint points out the arbitrary nature of the law and alleges a violation of the Interstate Commerce Clause of the U.S. Constitution.

The filing also charges violations of the Due Process, Equal Protection and Privileges or Immunities Clauses of the 14th Amendment.

The complaint notes that the state demand "bears no rational relationship to any legitimate government interests" and, in fact, only "serves to protect the established ambulance providers from competition."

The case seeks a judgment that the Kentucky program is unconstitutional and an order prohibiting the state from enforcing it.