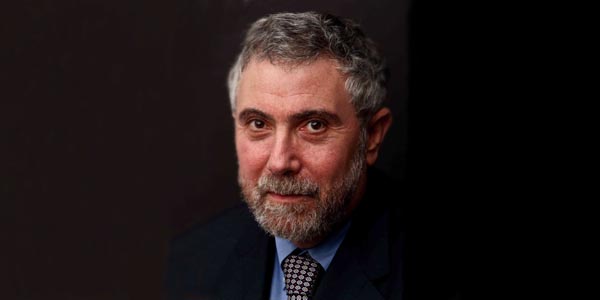 Prominent New York Times columnist Paul Krugman, known for his left-wing views of economics and politics, predicts the Democrats' impeachment drive will have a drastic result.

"Starting to look like two possible outcomes: Trump and a number of others end up in jail, or thousands of journalists end up in prison camps," the economics professor wrote Friday on Twitter.

Starting to look like two possible outcomes: Trump and a number of others end up in jail, or thousands of journalists end up in prison camps https://t.co/I9DpBQFwtm

The Daily Caller pointed out that Krugman "did not follow up his tweet with reasons as to how 'thousands of journalists' would become imprisoned if Trump doesn't spend time behind bars."

Krugman wrote in a recent column, "Impeaching Trump Is Good for the Economy," that the "formal impeachment inquiry" announced by House Speaker Nancy Pelosi will "slow down the administration's war on competence."

The investigations of the president in six House committees center on his July 25 phone call with Ukrainian President Volodymyr Zelensky. Democrats charge Trump threatened to withhold aid to pressure Ukraine to probe alleged corruption by Joe Biden and his son Hunter, who received more than $3 million from a Ukrainian natural gas company, Burisma Holdings, while his father was the Obama administration's point man for Ukraine.

The Justice Department has determined the president's actions were legal, and Zelensky and other Ukrainian officials insist they were not unduly pressured.

However, Joe Biden publicly boasted he pressured Ukraine to fire the prosecutor who was investigating Burisma by threatening to withhold $1 billion in aid.

Trump also is accused of a quid pro quo, threatening to withhold aid to Ukraine. He argues the delay came before the phone call and his intent was to urge other nations to join in support of Ukraine.