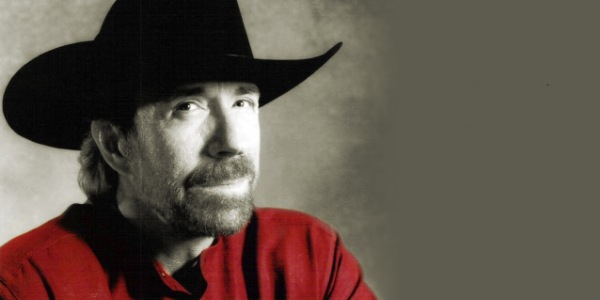 In September 2018, I talked about health issues related to "polypharmacy," a word new to me at the time used to describe individuals taking multiple medications (five or more drugs concurrently), and a term applied most frequently to the elderly. It is not an inherently negative term, but it does have a dark side. It is frequently used to describe situations in which individuals are taking an unhealthy mixture of various medications. At the time, according to U.S. Pharmacist, polypharmacy was considered a leading cause of death in the United States.

Older people today do not just take prescription drugs. According to a 2016 JAMA Internal Medicine report, among those surveyed, almost two-thirds use dietary supplements or over-the-counter medications along with prescription medications, and nearly 40 percent take over-the-counter drugs. Such habits increase the chances of dangerous side effects. This habit has also been shown to potentially cause errors in medical lab tests, which could lead to a misdiagnosis.

Polypharmacy came to mind when I recently read of problems that can emerge when people do not take the medicines they are prescribed – when the pill regimen becomes a barrier to effective treatment. People suffering from heart disease are often prescribed so many pills that it can be daunting to take them all and to take them at the right times. What if there were a pill – a "polypill" – with all the necessary medications in one capsule? Researchers set out to learn if this polypill would make it easier for patients to stick with a regimen of medication. Of special concern were patients facing barriers to accessing medical care.

About 300 people, ages 45 to 75, from a community health center in Mobile, Alabama, took part in the study. Half were assigned to take the polypill. The others continued their usual care. The research was funded by the American Heart Association and the National Institutes of Health, and the results were recently published in the New England Journal of Medicine.

After one year, patients taking the polypill enjoyed lower blood pressure and better cholesterol than those receiving usual care. This translates to approximately a 25 percent reduction in the risk of experiencing a cardiovascular event.

As lead author of the study, Dr. Daniel Munoz, a researcher and cardiologist at Vanderbilt University Medical Center in Nashville, Tennessee, explains to the Los Angeles Times, "The polypill gives vulnerable patients a running start (toward better health)."

The study did not last long enough to measure heart attacks or strokes, and many health experts remain skeptical about the one-size-fits-all approach versus careful calibration to each individual patient. In an attempt to better fight heart disease among low-income individuals, the authors of the study felt that medication in the form of one pill is better than none at all.

This did bring to mind the long-standing concept of the "magic pill" – a quick, simple and effective pill that will make everything better. It is a part of the vision we have of how medical treatment should be expected to function. The discovery of this magic pill is also a quest within medical research – for example, the creation of a single pill that can reverse biological aging and turn back the clock.

Based on some recent findings, researchers are now being led to believe that certain age-related changes to human DNA may be reversible, and it therefore may be possible to develop a drug combination to reverse biological aging.

A small new study of nine healthy volunteers is suggesting that, while you cannot do anything about your chronological age, it might be possible to turn back the clock on your biological age.

In the study, these nine healthy white males from the ages of 51 and 65 years old took a cocktail of growth hormone, a diabetes medication and a hormone supplement as part of a drug trial funded by the biomedical firm Intervene Immune. The mixture was self-administered a few times a week for a year.

The study, published in the journal Aging Cell, concluded that participants had shed 2.5 years off their biological ages, on average.

"It has never been shown before that predicted biological age ... can be reversed over time in the same individuals, and especially so after an intervention of this kind," Sara Hagg, a molecular epidemiologist at the Karolinska Institutet in Solna, Sweden, told Live Science.

It is important to point out that the results are preliminary and cannot tell us what caused the reversal. It is also unclear how each drug contributed to the anti-aging effects. Because the sample was so small, it is unknown whether the results would extend to other people. The biggest concern about the study is its lack of a control group (a group of participants that did not receive the drug cocktail).

Still, Hagg has to admit, "The idea that biological age can be reversed is a highly interesting observation."

It is ironic that there is currently a popular documentary out called "The Magic Pill" that is not about a pill at all. I have not seen it, and this is not a review or endorsement, but it is said to focus on five individuals struggling with their health who switch to a low-carb diet, eliminating processed food and embracing whole foods, in an effort to reduce failing health symptoms and reliance on prescription drugs. Love the storyline.