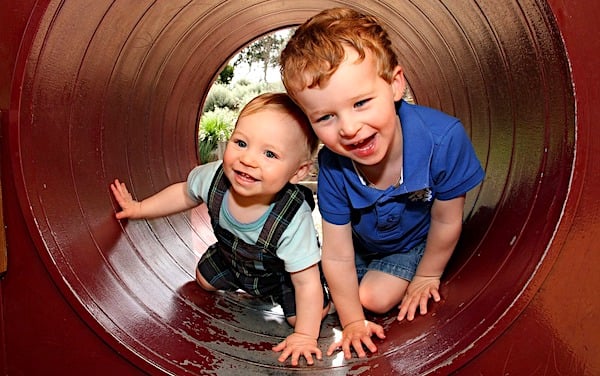 The briefs are flooding in at the U.S. Supreme Court in a case in which the justices are being asked to reverse a Philadelphia policy that critics say is causing "grave harm" to children.

The policy bars faith-based foster-care agencies from helping needy children, points out a brief from 44 members of Congress asking the court to review a lawsuit against the city brought by Catholic Social Services.

"Religiously motivated providers and parents have played a critical role in filling this need for centuries from coast to coast, and to drive them out ignores the critical need and the grave harm to children that would be caused by their loss," the lawmakers told the court.

In another brief, officials from 10 states argued that working "with a diverse coalition of child-placing agencies provides better services to children in foster care and the potential parents eager to care for them."

As WND reported, the city ordered Catholic Social Services to change its religious doctrine if it wanted to continue placing foster children as it had for a century.

Catholic Social Services, represented by the Becket Fund for Religious Liberty, sued the city and now are appealing to the Supreme Court.

'Children are suffering the consequences'

The case was brought on behalf of foster mothers Sharonell Fulton and Toni Simms-Busch.

Fulton has fostered more than 40 children over 25 years, while Simms-Busch is a former social worker who fostered two young brothers and now has adopted them.

But the city banned CSS families, even though "not a single same-sex couple had ever come to CSS seeking to foster."

"Without new referrals, the number of children in homes certified and cared for by CSS has dwindled, leaving foster families’ homes empty and forcing CSS to reduce their staff. The only way CSS can care for foster children is through a contract and license with the city. If the city cuts ties with CSS, the agency will soon be forced to close its 100-year-old foster care ministry," the organization said.

Windham argued that the foster care system "relies on agencies that reflect the diversity of our communities."

"That's why it is so important to have faith-based agencies working alongside agencies that cater to ethnic and racial minorities, children with disabilities, and LGBT families," she said.

The members of Congress argued that the need for foster families is "overwhelming."

"The city's decision was unnecessary (as the city has identified no harm it needs to remedy), was contrary to historic practices and legal precedent, and was a heart-wrenching reduction in the already insufficient pool of available foster homes."

The brief from the states pointed out the long historic links between states and religious foster care services.

"Religious entities have been involved in the provision of foster-care services longer that many states have existed," the brief said.

But the Supreme Court needs to rule because those states now are vulnerable to lawsuits by LGBT activists if they work with religious agencies and depriving children of needed care if they don't.

Also, the brief argued, partnering "with religiously affiliated foster groups allows the states to demonstrate their commitment to free exercise."

The dispute provides "an important opportunity" for the Supreme Court to "apply the First Amendment to a post-Obergefell system in which same-sex marriage co-exists with the 'proper protection' owed to 'religious organizations.'"

Obergefell was the landmark 2015 ruling that created same-sex marriage.

Despite the Obergefell opinion's promise to protect religious rights, U.S. District Judge Petrese Tucker ruled the city could order the Catholics to place foster children with same-sex foster parents in violation of their religious beliefs.

CSS has charged the city's policy is motivated by religious hostility, and foster mother Fulton has argued the policy causes "harm and heartache."

"What justice is there in taking stable, loving homes away from children? If the city cuts off Catholic Social Services from foster care, foster moms like me won't have the help and support they need to care for special-needs kids," said Fulton. "I have relied on Catholic Social Services for support for years, and the city is taking away this help and causing harm and heartache to countless families like mine."