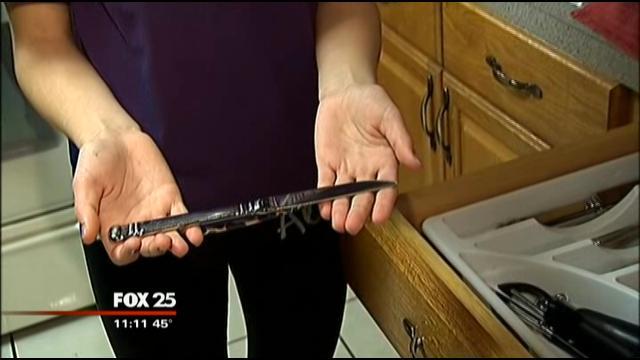 Eight children have been killed by a man "on a rampage" on the first day of classes at an elementary school in China.

And Second Amendment supporters in the United States are wondering where are the calls for a ban on cutlery.

The London Mirror reported the suspect was "armed with a meat cleaver" in the attack on the school children in Enshi City.

"Children were arriving for the first day of term when the mass killing happened," the report said. "It was initially reported a man wielding a cleaver broke into the school and began hacking and slashing boys and girls at random."

The suspect in the attack on Chaoyangpo Elementary was arrested and remained in police custody. The Mirror said he "wanted to take revenge of society" after having been released recently from prison.

The paper said such violent crime is rare in China "but there has been a series of knife, axe and car attacks in recent years, many targeting young children at schools."

In January, 20 children were attacked by a hammer-wielding man at a primary school, and a farmer recently was executed for attacking a dozen children with a knife. A woman also previously attacked a class with a blade.

And last November, six children were killed and another 20 hurt when a car slammed into them as they crossed a street.

The attacks have prompted the Citizens Committee for the Right to Keep and Bear Arms in the United States noted nobody is calling for "regulation of cutting tools."

"The attack at Chaoyangpo Elementary School in Hubei province was a horrific event," said the group's chairman, Alan Gottlieb, "and it was reportedly carried out with a meat cleaver by a man who, according to one account, had served time in prison and was recently released. Nobody is calling for regulation of cutting tools, and we think this terrible crime should remind people that it is not the tool, but what is in the hearts of people who commit these heinous acts, that is really to blame."

He said the "unspeakable crime can also serve as a reminder to those who are always willing to blame the American firearms community for attacks at schools and other places that the United States is hardly the only nation where mass killings occur."

"What happened Monday in central China was an inexplicable act of brutality against innocent youngsters, which can be said about any attack in any school, anywhere around the world."

He pointed out the previous violence at schools in China, including 20 wounded at a Beijing school and nine killed in Shaanzi province last year.

"We can overlook the political and cultural differences between our two nations and express shock and sorrow to the Chinese people, and especially the families of those children who were lost," he said.

"However," he said, "at the same time we must remember that one depraved individual appears to be responsible. It would be irresponsible on our part to blame Chinese society or even a segment of that country's population for what happened. One person did this, and we are confident that he will be dealt with individually, rather than penalizing millions of Chinese citizens for a crime they did not commit.

"There might be a lesson in that for people in this country who rush to blame guns and punish all gun owners when some individual commits a terrible crime," Gottlieb concluded.

The London Express reported the suspect in the latest tragedy was a 40-year-old man who was caught at the scene.

"Sadly, knife attacks on schoolchildren are a regular occurrence in mainland China," the Express commented.