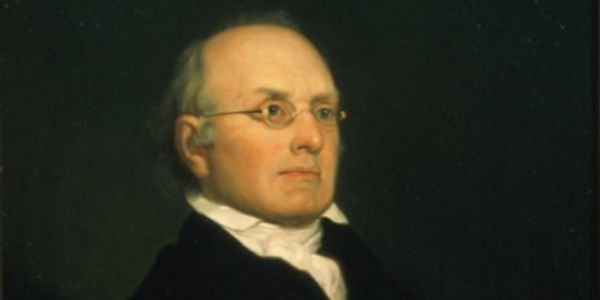 His father was a Boston Tea Party "Indian." He graduated second in his class from Harvard, was a U.S. Representative, then was elected Massachusetts Speaker of the House. At age 32, he was the youngest Justice on the U.S. Supreme Court, appointed by President James Madison.

Justice Joseph Story served on the Supreme Court for 34 years. He helped establish the illegality of the slave trade in the Amistad case, 1841. When the Supreme Court ruled against the Democrat's Indian Removal Act (Worcester v. Georgia, 1832), Justice Joseph Story wrote March 4, 1832: "Thanks be to God, the Court can wash their hands clean of the iniquity of oppressing the Indians and disregarding their rights." Unfortunately, the Democrat Presidents Andrew Jackson and Martin Van Buren ignored the decision.

In early United States history, there were few "law schools," as the typical way to become a lawyer was to apprentice with a practicing lawyer.

Joseph Story helped establish the law school at Harvard, the nation's oldest continuously operating law school, stating in a speech there in 1829: "There never has been a period of history, in which the Common Law did not recognize Christianity as lying at its foundation."

In 1833, Joseph Story received a pamphlet titled "The Relation of Christianity to Civil Government in the United States," written by Rev. Jasper Adams, president of the College of Charleston, South Carolina.

In it, Jasper Adams wrote: "Did the people of these states intend to renounce all connection with the Christian religion? Or did they only intend to disclaim all preference of one sect of Christians over another, as far as civil government was concerned; while they still retained the Christian religion as the foundation of all their social, civil and political institutions? ..."

Jasper Adams continued: “In our ... Legislative Assemblies, daily Christian worship has been customarily observed. All business proceedings in our Legislative halls and Courts of justice have been suspended by universal consent on Sunday. Christian Ministers have customarily been employed to perform stated religious services in the Army and Navy of the United States. ... In administering oaths, the Bible, the standard of Christian truth is used, to give additional weight and solemnity to the transaction. ... No nation on earth, is more dependent than our own, for its welfare, on the preservation and general belief and influence of Christianity."

After reading Jasper Adams' pamphlet, Joseph Story wrote: "I have read it with uncommon satisfaction. I think its tone and spirit excellent. My own private judgment has long been (and every day's experience more and more confirms me in it) that government can not long exist without an alliance with religion; and that Christianity is indispensable to the true interests and solid foundations of free government."

Justice Story continued: "Why may not laymen instruct in the general principles of Christianity as well as ecclesiastics. ... We cannot overlook the blessings, which such laymen by their conduct, as well as their instructions, may, nay must, impart to their youthful pupils. Why may not the Bible, and especially the New Testament, without note or comment, be read and taught as a Divine Revelation ... its general precepts expounded, its evidences explained and its glorious principles of morality inculcated? ..."

Justice Joseph Story's view on religion is all the more significant when one considers he was appointed to James Madison – the "Chief Architect of the Constitution," who introduced the First Amendment in the first session of Congress.

Joseph Story wrote in "Familiar Exposition of the Constitution of the United States," 1840: "We are not to attribute this prohibition of a national religious establishment to an indifference to religion in general, and especially to Christianity (which none could hold in more reverence than the framers of the Constitution). ... At the time of the adoption of the Constitution, and of the Amendment to it now under consideration, the general, if not the universal, sentiment in America was, that Christianity ought to receive encouragement from the State so far as was not incompatible with the private rights of conscience and the freedom of religious worship. An attempt to level all religions, and to make it a matter of state policy to hold all in utter indifference, would have created universal disapprobation, if not universal indignation. ..."

Story added: "But the duty of supporting religion , and especially the Christian religion, is very different from the right to force the consciences of other men or to punish them for worshiping God in the manner which they believe their accountability to Him requires. ... The rights of conscience are, indeed, beyond the just reach of any human power. They are given by God, and cannot be encroached upon by human authority without a criminal disobedience of the precepts of natural as well as of revealed religion. ..."

Justice Story continued: "The real object of the First Amendment was not to countenance (approve), much less to advance Mohammedanism, or Judaism, or infidelity, by prostrating Christianity, but to exclude all rivalry among Christian sects and to prevent any national ecclesiastical establishment which should give to a hierarchy the exclusive patronage of the national government."

In "Commentaries on the Constitution," 1833, Justice Joseph Story commented on the reason the federal government had no jurisdiction over religion was because religion was under each individual state's jurisdiction: "In some of the states, Episcopalians constituted the predominant sect; in other, Presbyterians; in others, Congregationalists; in others, Quakers; and in others again, there was a close numerical rivalry among contending sects. It was impossible that there should not arise perpetual strife and perpetual jealousy on the subject of ecclesiastical ascendancy, if the national government were left free to create a religious establishment. The only security was in the abolishing the power. ... But this alone would have been an imperfect security, if it had not been followed up by a declaration of the right of the free exercise of religion. ... Thus, the whole power over the subject of religion is left exclusively to the state governments, to be acted upon according to their own sense of justice and the State constitutions."

Justice Potter Stewart reiterated this (Abington Township v. Schempp, dissent, 1963): "As a matter of history, the First Amendment was adopted solely as a limitation upon the newly created National Government. ... The Establishment Clause was primarily an attempt to insure that Congress not only would be powerless to establish a national church, but would also be unable to interfere with existing state establishments."

Like a race track with 13 lanes, each state expanded religious freedom at its own speed. Some state expanded it at faster pace, and other states had "Blue Laws" where all businesses were closed on Sundays, but it was up to the people in each state to decide.

Regarding the Second Amendment, Justice Joseph Story wrote in his "Commentaries on the Constitution of the United States," 1833 (3:§§ 1890-91): "The importance of this article will scarcely be doubted. ... The militia is the natural defense of a free country against sudden foreign invasions, domestic insurrections, and domestic usurpations of power by rulers. It is against sound policy for a free people to keep ... standing armies in time of peace ... from ... the facile means, which they afford to ambitious and unprincipled rulers, to subvert the government, or trample upon the rights of the people. The right of the citizens to keep and bear arms has justly been considered, as the palladium (defense) of the liberties of a republic; since it offers a strong moral check against the usurpation and arbitrary power of rulers; and will ... enable the people to resist and triumph over them. ..."

Story concluded with a warning not to become complacent: "And yet ... it cannot be disguised, that among the American people there is a growing indifference to any system of militia discipline ... that indifference may lead to disgust, and disgust to contempt; and thus gradually undermine all the protection intended by this clause of our national bill of rights."