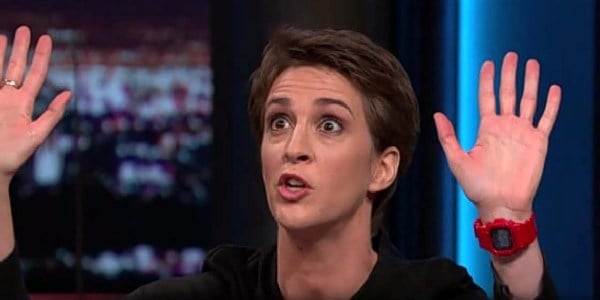 Now the One America News Network is pushing back with a defamation lawsuit filed Monday morning against MSNBC host Rachel Maddow, her network and its owners.

Law and Crime reports the complaint in federal court in Southern California seeks more than $10 million in damages.

OAN and its owner Herring Networks, an independent, family-owned, national cable-TV-program company based in San Diego, are listed as plaintiffs.

OAN describes itself as a conservative alternative to the major liberal news outlets.

The complaint alleges Comcast refused to carry OAN as part of its cable programming because it counters the liberal politics of its own channel, MSNBC.

The complaint explains OAN's president, Charles Herring, "called out and objected to Comcast's anti-competitive censorship in an email to Comcast's president of content acquisition.

However, the defendants "knew this statement was false and that they acted maliciously and recklessly in making it."

The complaint alleges that the statement was "meant to damage OAN's business and reputation because OAN, unlike MSNBC, presents a conservative viewpoint." It says OAN "was targeted in retaliation for calling out defendants for their anti-competitive censorship in refusing to carry OAN on its cable system."

Spokesman Skip Miller said: "One America is wholly owned, operated and financed by the Herring family in San Diego. They are as American as apple pie. They are not paid by Russia and have nothing to do with the Russian government. This is a false and malicious libel, and they’re going to answer for it in a court of law."

According to Law and Crime, the lawsuit alleges Maddow intended to damage the conservative network’s business and reputation.

Additionally, the lawsuit claims Maddow targeted OAN for retaliation over the competing network's allegations that Comcast was acting in an anti-competitive manner.