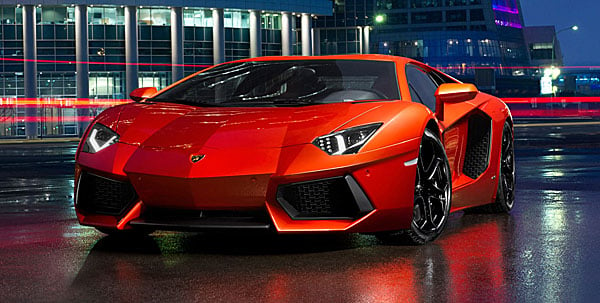 A newspaper's fight for information about a state's property-confiscation program has been given a huge boost by a judge.

The judge determined, however, the newspaper's request wasn't detailed enough to get a response from the Lancaster District Attorney's office. Walker and LNP said they would immediately refine their petition and resubmit it.

They want to see the receipts for expenses paid out of the district attorney's forfeiture fund.

Civil forfeiture is not a well-known process. It allows governments to take private property, sometimes without even filing charges. The requirements vary from state to state.

The Supreme Court recently ruled against Indiana's plan to confiscate a $40,000 Land Rover for a minor drug offense.

"Pennsylvanians deserve an opportunity to shed some light on civil forfeiture," said IJ attorney Kirby West. "Law enforcement in Pennsylvania is allowed to take property, even when there are no criminal charges, and spend the proceeds on virtually anything they want. The Right to Know Law exists to hold government officials accountable."

IJ said district attorneys should recognize that information about the funds is public record.

The Lancaster County district attorney "uses civil forfeiture to take hundreds of thousands of dollars in cash and other property each year," the original complaint explained. "Under Pennsylvania law, he is able to spend the proceeds with few restrictions."

The newspaper's formal request for civil forfeiture records by the reporter was rejected by the DA. When the Pennsylvania Office of Open Records concluded that the records were subject to the Commonwealth’s Right to Know Law, the DA went to court to keep them secret.

"We are pleased that Judge Brown's ruling makes it clear that the Lancaster district attorney must make public how it spends funds it takes in through forfeiture," said Walker.

"When this request was initially submitted, the district attorney was unwilling to release any information. Since then, through this case, hundreds of financial documents have been shared with the public. While we are disappointed that we will have to go through the process to request these records once more, we expect to be able to report to our readers in detail about how the district attorney has spent government funds. Today's ruling should also pave the way for members of the media and the public to get similar information from DAs across the Commonwealth."

The original request for government documents in September 2018 was denied. The Pennsylvania Office of Open Records then decided the records were subject to the Commonwealth’s Right to Know Law and ordered the district attorney to make them available. Rather than respect the office’s decision, District Attorney Craig Stedman appealed in court.

IJ recently settled a lawsuit against the city of Philadelphia over its practice of "taking cash, cars and even homes from residents without charging them with crimes."

WND reported in 2016 a law adopted in Ohio requires that criminal charges be filed before police try to confiscate assets.

The Heartland Institute, a free-market think tank, said at the time that Ohio was joining a growing number of states – including California, Nebraska, New Mexico and Wyoming – in protecting taxpayers' due-process and property rights.

At least 17 states already have adopted procedures to put the brakes on such seizures.