Testifying in favor of the Born Alive Abortion Survivors Act, a physician told Congress that abortionists are letting babies who survive an abortion procedure die.

Dr. Kathi Aultman told CNSNews.com that, as a society, "we have been so blinded by the abortion rhetoric that now letting babies die after they are born doesn't seem bad either." 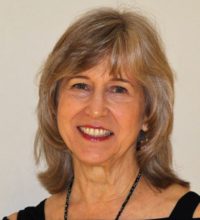 Democrats are blocking a House vote on the bill.

"The opposition is saying that it is an impediment to abortion, which it is not," Aultman said. "It only deals with a baby that has survived abortion and asks you to treat that baby like you would treat any baby of that same gestational age."

The bill would "amend Title 18, United States Code, to prohibit a health care practitioner from failing to exercise the proper degree of care in the case of a child who survives an abortion or attempted abortion."

It would impose criminal penalties -- including a fine, up to five years in prison, or both -- on any abortionist or physician who fails to care for a baby who survives.

Aultman is a board-certified OB/GYN and a fellow of the American College of Obstetricians and Gynecologists.

Anyone "who intentionally kills or attempts to kill a child born alive is subject to prosecution for murder," reads the legislation.

But it also "bars the criminal prosecution of a mother of a child born alive for conspiracy to violate these provisions, for being an accessory after the fact, or for concealment of felony."

Aultman said House Speaker Nancy Pelosi "is determined not to let it go to the floor."

"She wouldn't even give them a hearing room for the hearing. They had to go to the basement."

The physician said that among the misinformation spread by media and the opposition regarding the bill are the claims that there are not many third-trimester abortions and that babies are unlikely to survive late-term abortions.

Aultman said there were more than 600,000 abortions late-term abortions reported in 2015, and there probably were many more, because the reporting is voluntary.

Babies "can survive, they do survive and we have survivors walking around," she said, according to CNSNews.com.

Democrats argued the bill would press doctors to do "unnecessary" procedures on premature children.

Aultman insisted that's not true, explaining the legislation is about granting the same right to wanted and unwanted babies.

"We shouldn't even have a bill like that except for the fact that babies are being brought to die," Aultman said. "That is why that bill is so critical and why people need to contact their congressman and find out if they have they sign the discharge petition [to force a floor vote], and if they haven't, pressure them to sign it."