As U.S. hostage negotiator Robert O'Brien assumes the role of national security adviser, Americans can rest assured their country is in good hands. In fact, our nation is stronger and more secure than it has ever been.

America's alliances are enduring, while our enemies know that the White House simply won't tolerate anti-American aggression any longer. When President Trump took office, we faced threats on all sides. Terrorists under the flag of ISIS were gaining ground in the Middle East, persecuting Christians and threatening global stability by force. Today, ISIS is in shambles, having lost all of its strongholds in Syria.

Terrorism may remain a threat, but it is no longer unchecked. Just a few days ago, President Trump announced that the son of late al-Qaida leader Osama bin Laden, Hamza bin Laden, was "killed in a United States counterterrorism operation in the Afghanistan/Pakistan region." His death further cripples the terrorist organization by stripping it of key leadership.

At the same time, U.S. sanctions are putting pressure on the Iranian government. Whereas President Obama opted for appeasement through the Iran nuclear deal, President Trump is making sure that Iran actually remains denuclearized. According to recently revealed documents, the Iranian economy is in free fall, projected to shrink by as much as 14 percent this year. Out of the 18 existing retirement funds in Iran, 17 are in the red, as the government subsidies they rely on dry up.

Global powers like China and Russia are feeling the pressure too. President Trump recently delivered nearly $400 million worth of military assistance for Ukraine in its ongoing conflict against Russia, while he continues to slam Chinese goods with tariffs to level the playing field on trade. And it's working: China's industrial growth, for example, has slowed to a new 17-year low, while the growth in Chinese retail sales has dipped below analysts' expectations.

That is the result of President Trump's "America First" agenda: Our nation is once again the leader of the free world, while our enemies tremble in fear.

Of course, that fight continues. Our nation will always face threats. But the Trump administration has ensured the U.S. military is properly funded and fully equipped to confront those threats abroad.

Earlier this year, President Trump signed a budget deal that boosts defense spending over the next two years. Next year, defense spending will increase from $716 billion to $738 billion, and to more than $740 billion in 2021. That is a much larger budget than our average during the Cold War, and especially those during the Obama years.

As a veteran, I don't take our national defense lightly. Entering active duty in the early 1980s, I am the third of four consecutive generations in my family to serve in the U.S. Armed Forces. As a member of the 1st Infantry Division, I deployed for Operation Desert Shield and Operation Desert Storm, fighting back against Iraqi aggression in the Gulf War. I am proud to be a part of America's community of military veterans, who have risked it all to defend the American people.

I speak with veterans on a daily basis, and they are proud of our renewed commitment to national defense. With the 2020 election around the corner, they and all Americans have a clear choice: Do you vote for the Democrats' vision of leading from behind? Or do you reward the man who has ushered in a new era of strength and security?

Rather than supporting our military, the progressive, socialist left is more focused on expanding big government through the "Green New Deal," free college for all and health care for illegal immigrants. That amounts to trillions and trillions of taxpayer dollars that wouldn't be used to protect American interests. Our troops deserve better.

The choice is clear: President Trump. By reelecting him, all Americans – active-duty military members, veterans and civilians alike – can rest assured our newfound strength and security will endure. 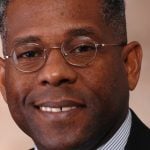 Lt. Col. Allen West
Allen West is a retired U.S. Army lieutenant colonel and former Florida congressman. He serves as senior adviser to the Committee to Defend the President.
The president has delivered a stronger, more secure America
See more...