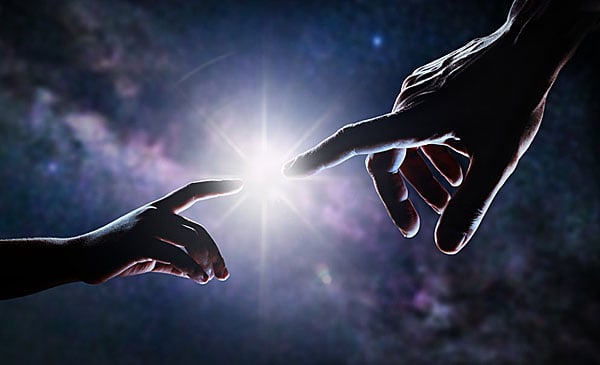 He told his listeners that people who believe in God acknowledge that life is no coincidence and that the brilliant design of the universe is "beyond our ability to comprehend."

The left, he said, believes the "earth, the universe, the solar system, the planets, whatever … [is] some random, haphazard, accidental thing that's just really, really fragile."

"Well, then, you can be easily coerced into believing that one or two slight changes could destroy it, if it's just an accident, if it's just a coincidence," he reasoned.

"It's just, like, some Big Bang. I mean, if it's really fragile… You notice one of the foundational aspects of selling climate change is that the earth is fragile, that the ecosystem and the climate are fragile, barely being held in place.

His comments Thursday came following seven hours of debate Wednesday night among Democratic Party candidates for president who insisted the U.S. must cut down the world's population, eliminate cars and demolish the coal industry. All to prevent the doom they see coming from global warming.

Limbaugh explained his personal view: "See, for me, folks, it is impossible to believe that all of this majesty and everything that we have learned about the universe and all that is. ... It’s impossible for me to believe that this just happened. It's too perfect. It's too exquisite. It's too complex! It's magical. It's majestic. It's beyond my ability to describe it. It's so much bigger than any one human being."

That means, too, "It's so much bigger than a political party or political agenda.

"Having been raised in this tradition and having a solid belief in God, the Creator, it is easy for me to reject every bit of pap that political leftists attach to the existence, the creation of, the sustainability of the universe. We are inconsequential, in one sense. We can't even the imagine the size of the universe. We can be told this and that star is X-number of lightyears away. We can't comprehend it. In fact, if I were to ask you, 'Where is the universe?' you scientists would say, 'Well, that's a stupid question. The universe is everything.'

The message, then, that "eating the wrong food, that cows farting are going to destroy the planet" is "so intellectually obscene and insecure that it baffles me how anybody can believe it."

"If you believe in the God of Creation, then everything's here for a reason, and it's all intertwined in a complexity we cannot possibly understand. Yet here come some know-it-all human beings who want to cherry-pick cows farting, and we gotta stop eating beef to get the cows to stop farting so that we can save the planet," he said.

"Don't misunderstand. I'm not saying God's up there with his computers, 'You know what? The U.S. needs a break from hurricanes. I'm gonna make sure there's 12 years.' No, no, no, no. I'm not Marianne Williamson, don't misunderstand. That's the whole point. All we can do is give thanks for our existence and adapt to things as we find them, which we do one hell of a job of in the United States," he said.

A caller told Limbaugh: "I really wanted to thank you for that monologue from this hour. It was a worshipful experience listening to it. You brought me before the throne of God, brother."

Limbaugh responded that if a person has no appreciation for creation, "then you are ripe for the pitch that the Democrats are making on this."

"That there's nothing special here. It's really fragile. It's filthy. It's killing us, killing people."