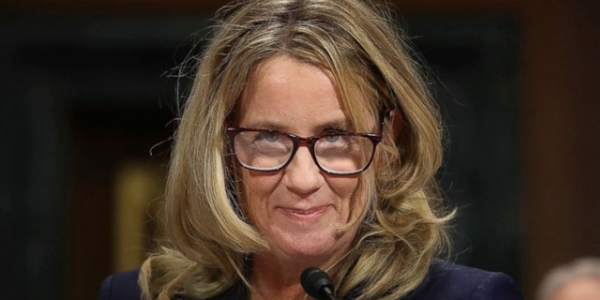 Republican Sen. Thom Tillis has called for an investigation of Christine Blasey Ford's testimony against then-Supreme Court nominee Brett Kavanaugh amid evidence she was partly motivated by a desire to overturn the Roe v. Wade. abortion ruling.

Attorney Debra Katz is seen in a video stating Ford came forward to testify to the Senate because she wanted "an asterisk next to [Kavanaugh's] name" before he rules against the Roe decision.

Blasey Ford accused Kavanaugh of sexual misconduct more than 30 years ago, but the witnesses she named could not verify her story. Kavanaugh strongly denied her claims.

Tillis explained to Fox News' Harris Faulkner why the testimony should be revisited.

"We have to always make sure that when people come and give sworn testimony before any congressional committee that it is truthful and accurate, so I think any time you see something like this it’s probably worth looking into,” said the Minnesota senator, according to the Washington Times.

“In the aftermath of these hearings, I believe that Christine's testimony brought about more good than the harm misogynist Republicans caused by allowing Kavanaugh on the court,” Katz told the University of Baltimore's Feminist Legal Theory Conference.

Tillis, a member of the Senate Judiciary Committee, said Katz's remarks conflict with Blasey Fords claims that she was reluctant to come forward and only motivated by the assault she said she suffered.