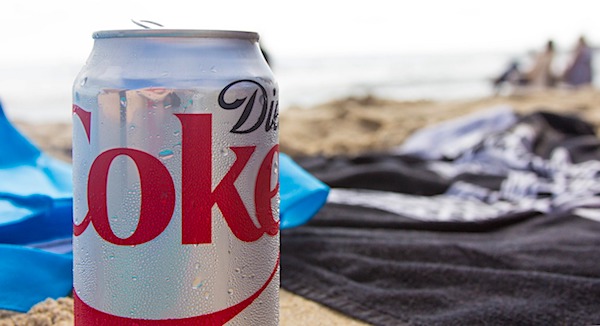 Maybe gaining a few pounds isn't all so bad.

A new study from the World Health Organization is warning that drinking just two diet soft drinks per day increases a person's risk of a deadly heart attack or stroke by 50 percent.

The results, according to a report from according to the London Sun, come from a study involving more than 450,000 people.

WHO found the dangers of artificially sweetened soft drinks were up to three times greater than regular sugary drinks.

The study, by the International Agency for Research on Cancer in France, a group that is part of WHO, suggested switching to sugar-free products would be "equally bad for health, if not worse."

"The striking observation in our study was that we found positive associations for both sugar-sweetened and artificially sweetened soft drinks with a risk of all-cause deaths," said Neil Murphy, one of the researchers.

"It would probably be prudent to limit consumption of all soft drinks and replace with a healthier alternative, such as water."

The study followed participants for 16 years and found "the chances of early death went up by eight per cent for those who consumed sugary drinks twice daily."

However, it said, for those who two glasses of diet pop each day, the risk went up by 26 percent.

The latter group saw their chance of being killed by cardiovascular disease shoot up by 52 percent.

The results were published in JAMA Internal Medicine.

Mitchell Elkind, the newly chosen president of the American Heart Association, told the Sun people should defend themselves against the threat by ditching soft drinks.

"There may be a direct impact [of diet drinks] – and other studies have suggested biological mechanisms may include an impact on insulin signaling in the liver," he said.

Gavin Partington, the director general of the British Soft Drinks Association, said that his organization's products "are safe to consume as part of a balanced diet."

During the course of the study, scientists documented the deaths of 41,693 participants and confirmed a positive association between higher soft drink consumption and death from disease such as heart attacks or strokes.

"But the researchers contend more study is required on the subject before establishing a solid link between the two."