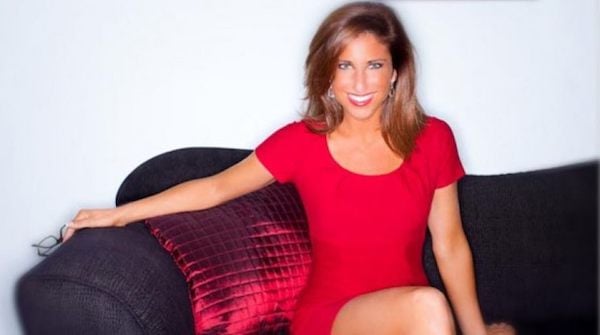 She represents a heavily Democratic district in California.

But she's facing a dedicated challenger for her seat in the state's 12th district.

"You can have a young, beautiful inside and out, honest and conservative or old, crazy, corrupt and liberal Nancy. California, the choice is yours," the blog said.

And she says she's outraged by the way Pelosi has been treating American families.

Immigration is important, including a "big, beautiful wall," and the restoration of families and marriage.

Also, she wants to make "sure our nation remains a sovereign nation."

Lorraine has never been in politics before, and the Republican issued this statement on her website:

This was never my goal in life to become a “Politician.” But I AM a passionate and concerned American. And I care so damn much about this country that I will not sit idly by and watch my beloved country go down in flames. I believe God is calling myself and all of you to stand up and fight, and I commend you for taking that call in your unique bold way and be a part of His Army. Because we truly are at War, and we are going to need as many of you as possible in this fight.

I’m not going to BS you and act like I’m perfect or I’ve got it all figured out. I’m not a “seasoned politician” who’s been sitting in a gate-guarded mansion the last 30 years out of touch, I have been right here in the trenches with you. We’re going to do this together and build something incredible together. And, we’re going to have fun along the way! This is more than just a campaign, this is a movement. A movement of ordinary Americans doing bold, extraordinary things to save the America we know and love.

But we’re going to have to get past all the “trigger words” and “safe spaces.” My generation doesn’t have time to worry about trigger words, because we have some really important business to do together. And some really important public, honest conversations to have that are going to require us breaking the shackles of political correctness to get to the truth and the bottom of this. Our kids wont even have any safe spaces if we don’t fix these problems now.

Our deepest challenges are not left or right, they are not red or blue; they are good versus evil, they are bi-partisan issues that ALL Americans are concerned with and dealing with. It’s irrelevant what party you affiliate with when you’re homeless on the street, or dying from drug addiction, suffering from a broken family, or snatched into the arms of human traffickers. Abraham Lincoln wisely forewarned in 1838 that if America were to ever collapse, it wouldn’t be from outside forces. We would die by suicide from within. I believe this is what he and our Founding Fathers meant by that. If we keep going on this trajectory with no changes, we are actively enslaving ourselves into a socialist, poverty-stricken, joyless, genderless future.

We have been left with a mess, and we have two choices – keep leaving it up to the government to try to fix this, which would of course require greater government power and less personal liberty, or step up to the task, take the power back into our hands and We the People start fixing this. This old, tired government on all sides, from Nancy Pelosi to Mitch McConnell, has proven that they are not doing the job and are failing us. They don’t care about us – they care about staying comfortable, cozy and wealthy. And soon, they’ll be gone. If Nancy spent half as much time fixing these real problems that all of us Americans are facing as she does focused on identity politics, giving free health care to illegal immigrants, or which gender pronouns we should use, we might actually make real progress.

We are capable of preserving this next generation and saving this crumbling empire. The question is, will you be bold and take on this task? Will you join me in this fight? And if you don’t normally vote for someone like me, can you put our differences aside and work together to fix these problems that our predecessors left us with for the greater good of the country so we can leave our next generation, our children and grandchildren with a nation that’s safe, prosperous, and free?

Pelosi, on the other hand, has been in office since the 1980s and comes from a family of politicians. Her father served in Congress and as Baltimore's mayor. And her brother also was mayor of Baltimore.

Pelosi has been key to preventing the president's plans to secure America's southern border with additional wall sections and other tools. She snarked one time that she would allow $1 for border defense.

In recent months, however, she's faced multiple challenges from extremists in her own party who want to impeach the president despite lacking any charges supported by evidence.