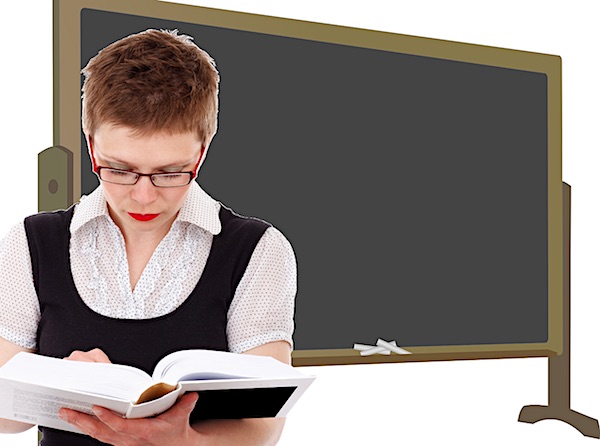 A North Carolina teacher and her school district are under fire after she ordered students to do a "diversity inventory" in which they publicly identified their "sexuality, gender, religion, ability, and socio-economic class" and that of their fellow students, teachers, parents and even their doctor.

The NC Values Coalition says the demand likely violated the law, and worse yet, apparently is part of an indoctrination program at Heritage High School in Wake County.

The controversy erupted when Melissa Wilson, a high-school English teacher, ordered students to take the inventory.

The organization explained: "Students were also asked to stand up, and walk towards posters in different areas of the room that correlated with their sexual identities. Students were traumatized. Some were even brought to tears. At this morning's meeting, one parent said that her student had been experiencing PTSD from the incident. Another student didn't attend school on Friday, and is so scared to return to Wilson's classroom environment that they told their parent they hoped the hurricane would distract everyone from this incident. Another parent's child Facetimed them in the middle of the classroom to tell them how uncomfortable they were with the assignment. Another student had a friend who had recently shared very private information about themselves to a select number of their peers, and went white when the teacher asked students to now stand and reveal their private identities."

The organization said that when the students "expressed discomfort, the teacher's response was to tell them it was alright because she used to be Catholic and is now a bi-sexual atheist."

WND tried to obtain comment from the school, but it was closed Friday.

The family organization said its officials met with school officials "and parents who were outraged and demanding action."

NC Values Coalition has launched "an immediate review of legal options to help traumatized students and parents at Heritage High School (Wake County) after our investigation discovered the high school's principal told parents earlier in the year that the lessons used by the 10th grade English teacher were approved by the district's curriculum department."

The group said the problem is the diversity inventory exercise "intentionally disregards U.S. Code § 1232h – The Protection of Pupil Rights - which explicitly prohibits students from [being required] to submit a survey, analysis, or evaluation that reveals private sexual identity, religious and privileged information without the prior consent of a parent or guardian."

The organization and parents, through meetings with school officials, found out that the teacher has used the worksheet before. A second teacher also was using it, and the school's curriculum department approved.

"We have discovered that the Wake County Public Schools System's Equity Affairs office has been conducting training seminars on the 'Social Justice Standards,' which is intended to educate and activate students to advance a particular socialist/social democratic political ideology. These training seminars are attended and promoted by everyone from principals, to teachers, to schools, to entire departments. There are arguably hundreds of tweets from WCPSS educators discussing these training seminars, and stating how they are implementing them in classrooms ranging from elementary science, to high school literature, to middle school math," the family organization said.

"One teacher even shows a picture of her morning circle of 4th graders, with a tweet explaining how she is teaching them social justice, while a new age spiritualist quote sits on the powerpoint in the background."

The group's online report said Wilson demanded that students "write their name, and then identify the sexuality, gender, religion, ability, and socio-economic class of their teachers, fellow students, themselves, their parents, even their doctor."

"Students were also asked to stand up, and walk towards posters in different areas of the room that correlated with their sexual identities. Students were traumatized. Some were even brought to tears."

The group said: "Whether you want to teach your child to be Christian, or a social democrat, or even a communist, it is your family's private business. Families and churches are charged with teaching these values; not public school (because they are public and need to maintain a neutrality and respect of privacy)," the group's report said.

"When public schools try to radicalize youth or abuse their teaching responsibilities, it leads to emotional wounds like those experienced and voiced by the impacted students.

"It is not the business of the state through public education to do it for you; and that's exactly what is happening when teachers are trained to modify their curriculum to train their students to learn and act on social justice (whereas that time should actually be spent teaching them English, Math, and Science: the things taxpayers are paying for their kids to be taught)."

The organization is launching a digital campaign to ask parents to visit the group's website to discuss their experiences.

"We will evaluate these responses as we consider our legal options to help protect the privacy of students in Wake County Schools."