Addressing the relationship of mental illness to mass shootings, the Trump administration is considering a proposal that would use Google, Amazon and Apple to collect data on users who display characteristics that could lead to violent behavior.

The Washington Post reported the proposal is part of an initiative to create a Health Advanced Research Projects Agency, or HARPA.

The agency, with a separate budget and a director appointed by the president, would be located inside the Health and Human Services Department, the Post reported, citing administration sources.

A written proposal names Apple Watches, Amazon Echo and Google Home as technologies that can be used to collect information. 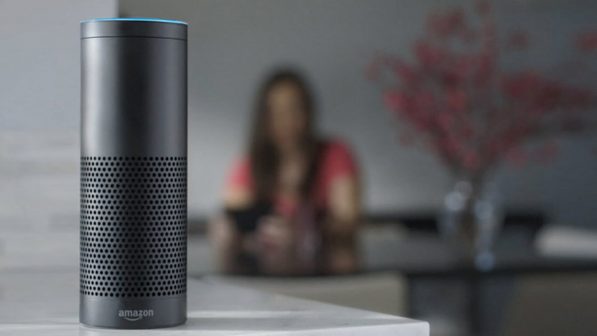 The Amazon Echo has an active speaker capable of recording home conversations.

WND recently reported China is not alone in its implementation of a "social-credit scoring system" designed to engineer the behavior of its citizens by punishing people for offenses such as spending too much time on social media, smoking in a non-smoking zone and bad driving. A similar system already is under development in the United States that utilizes Silicon Valley technology.

The HARPA plan, according to Geoffrey Ling, the lead scientific adviser on the project, would require enormous amounts of data and "scientific rigor."

"Everybody would be a volunteer," he said. "We're not inventing new science here. We're analyzing it so we can develop new approaches."

The Daily Caller reported the White House declined to provide a statement, but sources told the Washington Post that Trump has reacted "very positively" to the proposal.

A foundation founded by a close friend of Trump, Bob Wright, approached the president recently with a proposal for a project called Safe Home, or Stopping Aberrant Fatal Events by Helping Overcome Mental Extremes, the Daily Caller said.

Google and Amazon have also not responded to requests for comment.

The idea was first discussed in 2017 but has gained momentum with the mass shootings in El Paso, Texas, and Dayton, Ohio, last month that killed 31 people.

The proposal says HARPA would develop "breakthrough technologies with high specificity and sensitivity for early diagnosis of neuropsychiatric violence."

"A multi-modality solution, along with real-time data analytics, is needed to achieve such an accurate diagnosis," the document says.

Amid calls from Democrats and some Republicans for gun control in response to the mass shootings, Trump has pointed to the problem of mental illness.

"I do want people to remember the words 'mental illness.' These people are mentally ill. ... I think we have to start building institutions again because, you know, if you look at the '60s and '70s, so many of these institutions were closed," he said Aug. 15.

Examples of a social-credit scoring system underway in the United States include the New York State Department of Financial Services allowing life insurance companies to base premiums on information culled from social media.

Also, businesses are using a system offered by a company called PatronScan that monitors accusations of "fighting, sexual assault, drugs, theft, and other bad behavior" to turn away customers.

Vacation rental and ride-sharing services are using a similar system.