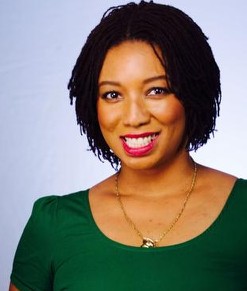 On Aug. 29, the Trump administration's Department of Defense launched Space Command, the newest branch of America's military and a critical step forward toward the creation of the Space Force. The move is a substantial win for the president, who secured bipartisan support for his once-scoffed-at initiative during a time of such political and international strife.

Under the direction of Air Force Gen. John Raymond, Space Command, or SPACECOM, will cover a variety of space-related national security operations, including missile warnings, satellite operations and space control. SPACECOM will serve as both a launchpad for the Space Force military branch, as well as a command hub for the nation's leading space operations.

The president may have received the green light from the Pentagon to create a new warfare command, but he hasn't fully succeeded yet. His next challenge will be to convince Congress to provide the Air Force with the rockets and tools it needs – and on the timeline it needs them – to fend off America's adversaries. That objective, however, has thus far proved difficult to achieve.

TRENDING: 3 ways to get spiritually refreshed

Currently, the United States' access to space is almost completely reliant on foreign-made rocket parts – made by the very countries that are challenging America militarily, both in space and elsewhere. That's not a recipe for SPACECOM success; it's setting up the U.S. for failure.

The Air Force's hallmark space program, known as the National Security Space Launch System (NSSL), seeks to change this by creating standalone, domestically made rockets. However, in a misguided effort to increase competition, the House of Representatives is standing in the program's way.

Just last month, Democrats passed a version of America's annual defense budget – the National Defense Authorization Act (NDAA) – that would completely restructure the Air Force's NSSL program. Despite the competitive bidding process that resulted in the Air Force's selection of three capable providers, the bill would force the Air Force to reopen the bidding process for domestic launch contracts after a given period. And instead of allowing the Air Force to merely select the very best aerospace contractors to secure our national defense, the NDAA would mandate that the program work with even more providers than it is already.

According to the Air Force itself, the reconfiguration time and potential for error caused by these changes would significantly delay the program and the availability of domestic-made rockets. It will weaken America's security in space, increase its reliance on adversary technology and empower rogue nations at the U.S.' expense.

While the White House may be inclined to disparage the left's behavior, such an impulse should be resisted. On this issue, we have the opportunity to find common ground – but only if the Democrats are willing to entertain the notion.

Given all the Democrats' talk about Russia's influence over U.S. national security, the administration must clarify that its primary goal in backing the Air Force's version of NSSL is to strip away Russia's ability to influence the United States. We've been dependent on Russian-made engines for over two decades, and during that time, Russia has only increased its aggression.

Just recently, Russia was once again caught testing its nuclear capabilities. And according to the Pentagon, Russia is moving forward with plans to develop its military hardware – including laser weapons and anti-satellite missiles designed specifically to limit America's capabilities in space. For all these reasons, there is already a congressionally mandated date on the books to cease purchase of these Russian-made parts. However, with Democrats' NDAA changes, the Air Force has stated that the military won't be able to meet this deadline. Under Democrats' watch, America will become even more reliant on Russia. That's certainly not something the left wants, and they need to be made aware.

The administration must also make clear the importance of moving forward with the Air Force's NSSL to prevent the rise of other authoritarian regimes around the globe, for example, China. According to the Defense Intelligence Agency, China views space critical to modern warfare. The Chinese regime is actively looking to exploit advances in spacefaring technology to weaken America's military effectiveness.

Experts have already said we're 40 years behind China in the space race. Even if the Democrats' changes delay the introduction of U.S.-made rockets by just two years, military leaders know all too well how quickly China can make progress in merely 24 months. Make no mistake: China poses an imminent threat to the freedoms enjoyed in the United States. That's a reality Democrats must understand.

While Trump should be applauded for creating SPACECOM, it means nothing without NSSL. Just as the Navy couldn't operate without ships, America's space program cannot function without reliable, effective, domestically produced rockets. To ensure the future success of the United States' spacefaring endeavors, our nation must prioritize the successful and timely development of American-made rockets.

The United States' space program is prepped and ready for liftoff. Now it's up to all Americans – Republicans and Democrats alike – to ensure it doesn't stall on the launchpad.

Stacy Washington is a decorated Air Force veteran, an Emmy-nominated TV personality and the host of the nationally syndicated radio program "Stacy on the Right."