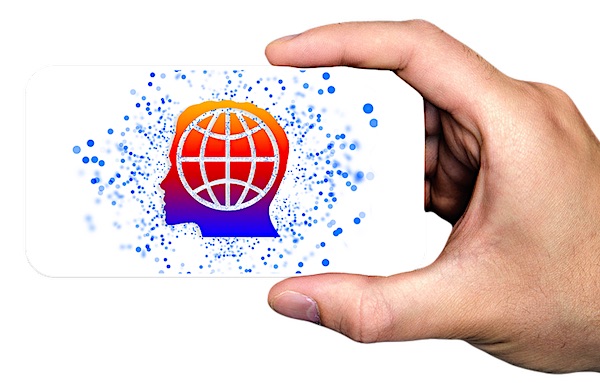 A conservative health-care organization focused on health-care choices, individualized patient care and medical and genetic privacy is praising the U.S. Senate for maintaining a ban on funding the issuance of a "unique patient identifier" to every person in America.

The UPI was to give millions of groups access to individuals' private health information, according to the Citizens' Council for Health Freedom, or CCHF.

The UPI has been blocked since 1998 by legislation initiated by former Rep. Ron Paul that has been regularly re-adopted.

However, with the issues that arisen in health care since the creation of Obamacare, there was concern that a nationally required, uniform process would be adopted.

But the Senate's proposed Labor-HHS fiscal 2020 budget retains the ban.

CCHF said it has "worked tirelessly to stop the UPI" and has long endeavored to bring an associated issue into public awareness: "HIPAA is a data-sharing rule, not a privacy rule. According to the federal government, 2.2 million entities can potentially have access to private information without patient permission."

"The UPI would facilitate the vast data-sharing permitted without consent under HIPAA," said Twila Brase, president and co-founder of CCHF. "This national patient ID would enable government and other third parties to link every piece of data in every medical record of every patient into one longitudinal digital dossier, leaving patients with no options for keeping their data, their personal lives, and their medical conditions confidential.

"As troubling as the privacy implications, this federal ID card would also become mandatory for patient access to care. In short – no card, no care," she said.

A few months ago, Brase was joined by Lawrence Reed of the Foundation for Economic Education, Adam Brandon of Freedom Works, Naomi Lopez Bauman of Goldwater Institute, Linda Gorman of Independence Institute, Norm Singleton of Ron Paul's Campaign for Liberty and Jenny Beth Martin of Tea Party Patriots Action in a letter to President Trump warning about the problems such a plan could create.

The letter expressed appreciation for Trump's efforts to "reduce the oppressive burdens of the Affordable Care Act."

At that time there was a proposal to strike the prohibition of the UPI.

"This national patient ID will become a national tracking number used to link patient medical records together for outsider access without patient consent," the letter warned. "This ID card will also be required for patient access to medical care."

It was first proposed in the Clinton administration.

The Health Insurance Portability and Accountability Act of 1996 mandated the creation of a UPI for all Americans and authorized broad sharing of patient information without patient consent.

In 1998, Paul stopped the development of the UPI by placing the following prohibition in the 1999 Appropriations Act: "None of the funds" allowed in the bill "may be used to promulgate or adopt any final standard ... or providing for the assignment of a unique health identifier for an individual."

The measure has been re-adopted since, until this year when the House of Representatives voted to end the funding prohibition and advance the government-assigned number.

CCHF said it "disagrees with claims made by organizations like the American Hospital Association that a UPI would improve the efficiency and security of the health information exchange, and increase patient safety."

"This one-stop-shop number for accessing medical information would instead leave patients vulnerable to outside intrusion, third-party controls over treatment decisions, and debilitating cyberattacks"